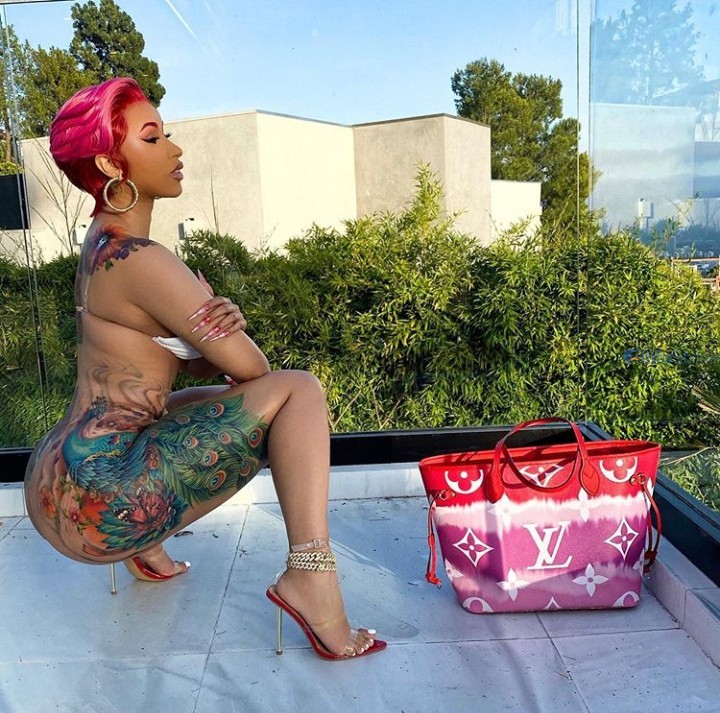 Popular rapper, Cardi B has come out to share 3 words that she will never use in any of her songs.

She recently revealed this during an appearance on the Kyle and Jackie O radio show.

According to her, she hates the words “moist”, “discharge” and “horchata,” because they sound gross and cringy in her ears.

She added that she does not like the clean radio edit for her latest single WAP ft Megan Thee Stallion, and she cannot bring herself to listen to the radio version.

Her words, “I would have had to replace it with ‘bounce that big old booty’, because that’s the only thing that rhymed.”

“It was really hard to clean this song up, because I hate the word gushy.”

Presidency To Spend N432M On Cars For Former Presidents, VPs

“Prison Break” Must Be Completely Redefined To Return – Dominic Purcell