2023 Presidency: I Have Strategy To Rescue Nigeria – Anyim

Former Secretary to the Government of the Federation, SGF, Senator Anyim Pius Anyim, on Thursday, said the experiences he had garnered over two decades in government placed him in a vantage position to rescue Nigeria. 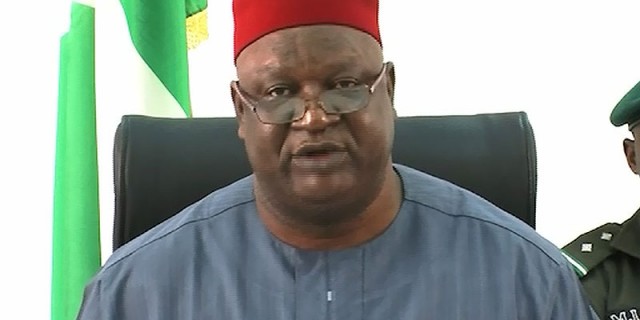 Anyim, a former Senate President, spoke in Enugu during a South-East briefing and consultative session, which had in attendance stakeholders of the Peoples Democratic Party, PDP, from the zone.

At the event, he asked the people of the zone for their support as he seeks to take over the presidential seat in 2023.

He said, “as we prepare for 2023 elections, I take the liberty to say that the challenge before our great party is how to deliver on the expectations of the Nigerian people. Nigerians are looking up to the PDP to rebuild our nation; to protect lives and property; to restore the respect of Nigeria within the Comity of Nations; to re-align the political structure of Nigeria to reflect the current realities; to revive our economy and save the naira; to rebuild our broken-down social fabric; to create jobs for our teeming youths and rehabilitate our collapsing educational systems among others.

“My brothers and sisters, the summary of these expectations is that Nigerians expect PDP to return to power so that our nation can resume the march to greatness.”

On why he is eminently qualified for the position, Anyim said “I have stood with our party, the PDP, in good and bad times. Like most loyal party members, I have had my moments of elation, as well as some difficult times but I never moved. I have never switched parties. Therefore, I make bold to say that I can be entrusted with the vision, mission, values and principles of PDP as a committed party man.

See also  Buhari Will Be Chased Out In 2019 - Fani Kayode

“I have been privileged to understand our national problems and appreciate their enormity and peculiarities in the last 21 years from my vantage positions in both the legislative and the executive arms of government. Therefore, I have a clear view of the task ahead as well as the solutions needed to advance the cause of our country.

“My records as President of the Senate and as Secretary to the Government of the Federation clearly show that I am more interested in building strong institutions than seeking enhancement of personal power or position. My records show effective and efficient management of the nation’s diversity on the basis of equity, justice, fairness and inclusiveness.

“I am a committed believer in the rule of law; and will always promote and protect the sanctity of lives as well as the rights and liberties of all citizens.”

He declared “it is, therefore, with a sense of humility, that I step out as a Nigerian with patriotic fervour, considerable knowledge of our country – its diversities and current challenges; and so properly equipped with clarity of the needed solutions. Let me elaborate; as a young officer, at the then Directorate of Social Mobilization, I understood the need for value orientation as a tool for instilling patriotism. I was also schooled to appreciate the value of social justice, equity and fairness as building blocks for social harmony and inclusion. As a young politician, I imbibed the founding vision of the PDP as a grassroots movement that would provide leadership that will respect the rule of law, ensure that power belongs to the people and deliver national cohesion and inclusiveness through good governance.

“As president of the Senate, I was loyal to the party. I managed our diversity to the extent that ethnicity was never a consideration in all the activities of the Senate. My leadership in the National Assembly not only promoted independence and stability of the legislature, as an institution but also equality of all constituencies and their representatives and so enhanced productivity in the National Assembly. As SGF (Secretary to the Government of the Federation), I devoted my energy to helping the President to give focus to the presidency on the core needs of all Nigerians, maintain harmony among all Ministries, Agencies and Departments of government and ensure equity, fairness and inclusiveness in the allocation of resources and appointments.

“I am only offering myself to continue my services to my country in the capacity of President of the Federal Republic of Nigeria, at a time, I believe, my experiences will be needed to save our beloved country from drifting further. I am convinced with due modesty, that I am willing and available, ready and equipped, by experience and exposure, temperament and humility, capacity and competence to serve Nigeria at this point in time as her President.

“I must take the liberty of this event to specially convey my deepest appreciation to the Governor of Enugu State, Rt. Hon. Ifeanyi Ugwuanyi and his brother the Governor of Abia State, Dr Okezie Ikpeazu; both of whom have incredibly led our party to greater height in the South East. I am also to inform you all that I have individually briefed and consulted with them.

“I have also consulted with leaders and statesmen, party elders and other critical stakeholders across the country. The purpose of the consultation is to gauge the mood of the nation, seek counsel, blessing and listen to leaders and elders on their perspectives on the way forward for our country. That is why I am here before you today my own people.”

“Let me therefore at this point join all well-meaning Nigerians to appeal to all the political parties to take the fair, just and equitable decision to zone their presidential slots to the South particularly the South East.”

Earlier, former Abia Governor, Senator Orji, who was the chairman of the occasion, told the people of the South-East that “it will be a disservice if the supernatural power is pushing him (Anyim) and we are lagging behind.”

He urged the people to give him maximum support.

See Halima Abubakar Star In A Lesbian Role In Movie