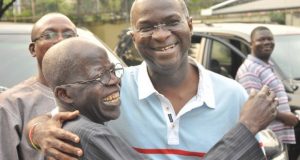 The Minister of Power, Works and Housing, Babatunde Fashola says 27 states have provided the ministry with land on which to build houses for the masses.

Fashola told newsmen in Lagos on Friday night that the government had to lay the structure and establish a system before calling for private participation in the housing sector.

He said that most of the building materials to be used would be sourced locally to fast-track growth and reduce unemployment.

“If we achieve what we are planning, we would have built a system; if it becomes enduring like the new pension scheme, the better.

“When acceptability has set in, the private sector can be called in,” he said, adding that the Federal Mortgage Bank would play a significant role in providing funds.

Fashola said the socio-cultural needs of each geopolitical zone would be considered in arriving at what architectural designs to choose for a particular town.

He said that the targeted group would be civil servants on levels eight to 15 and their contemporaries in the private sector who would spend an agreed number of years to pay for the houses.

According to the minister, once successfully established, it would be built on by successive administration at all tiers of government and the private sector.

Extra-Ordinary Meeting of Experts of the African Union Conference of Ministers...