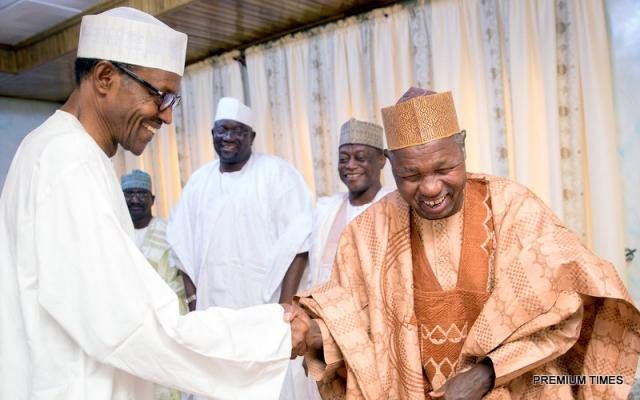 Gov. Aminu Masari of Katsina state has said Buhari should not worry himself about the postponed elections as his three million votes the state promised him remains intaact.

According to the governor, the shift in dates did not surprise him.

“We were ready two days ago. I believe those of you who were in Katsina since on Wednesday or Thursday you would have seen that we were more than ready as far as the elections is concerned.’’

“But the fact on ground is that INEC gave assurance and the federal government has given INEC all the resources they required. So, the failure if there is any is their own.

“It has nothing to do or very little to do with the President except that being the President and the Commander in Chief of the Armed Forces whatever happens under the sun in Nigeria he becomes responsible but not liable.

“If you are looking for somebody who is liable, INEC is liable to convince Nigerians why it shifted the elections because all the political parties are going to suffer the consequences of INEC’s action.

“So, obviously there will be additional cost on the political parties and also on the government.

So, the president cannot deliberately orchestrate this and knowing the kind of president Nigeria has now – he has not even interfered with departments that are directly under him let alone a commission that is independent based on the provision of the constitution.

READ  2021: PDP Urges Nigerians To Renew Their Faith In The Country

“He is somebody who believes in the rule of law.”

I Cancelled My Protest For Genuine Reasons – 2face Idibia