9 Presidential Candidates May Step Down To Support Jonathan 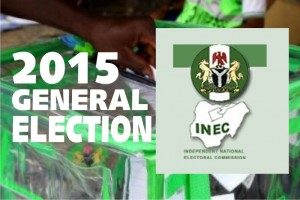 Nine of the 14 candidates cleared by the Independent Electoral Commission (INEC) for the presidential election have begun crucial talks with the Candidate of the ruling Peoples Democratic Party (PDP), Goodluck Jonathan, on the possibility of stepping down for him.

The collaboration meeting is being anchored on behalf of Jonathan by the National Unity Group (NUG), one the support groups canvassing for his re-election, reports Nigerian Tribune.

After today’s final meeting, the nine candidates will make their decisions to step down from the race and team up with President Jonathan, reports Nigerian Tribune, citing a competent source at the meeting.

National Secretary of NUG, who is also the National Vice-Chairman of the PDP (South-South), Dr Cairo Ojougboh, confirmed the development on Saturday. According to him, the meeting with the nine presidential candidates was with the aim of collaborating with President Jonathan and it was cordial and fruitful.

“We are still incubating the process. What has happened today is very encouraging. We made appreciable progress. They have gone back to discuss with their political parties. The core of the meeting is collaboration for the unity and progress of the country.

“For now, it will not be proper to start naming the nine candidates involved.”