‘A Trip to Jamaica’ Movie Makes Over N80m In 2 Weeks 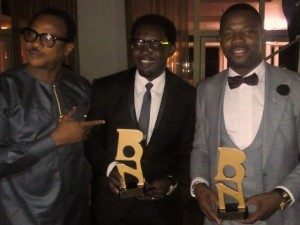 A Trip to Jamaica by Nigerian comedian, AY has generated over N80m in just over two weeks after premiering.

A source told True Nollywood Stories: ‘I can confirm that the box office figure is accurate, the number is now actually N80m.’

The new Nollywood film is set to surpass the recent box office record set by Ayo Makun’s first movie, 30 Days in Atlanta as the highest-grossing film in Nigeria. 30 Days in Atlanta generated about N160m during its time in the country’s cinemas.

A trip to Jamaica premiered at the Filmhouse IMAX Cinemas in Lekki, Lagos on September 25.

Don’t Give Up On Your Dreams – Lateef Adedimeji