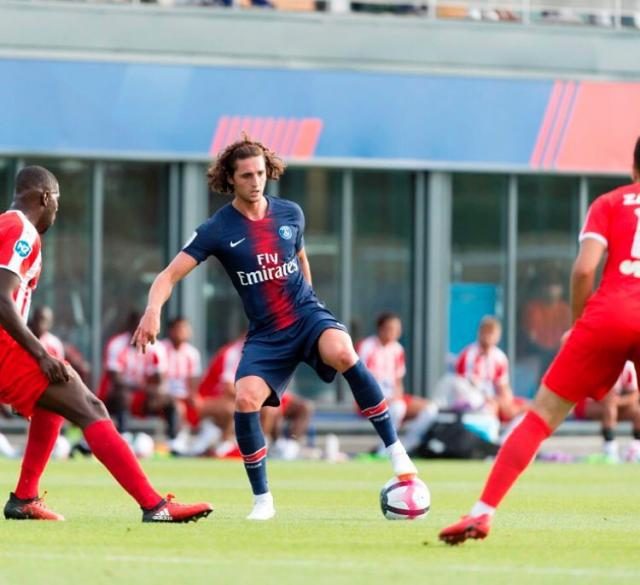 Adrien Rabiot has received support from the global union of professional footballers (Fifpro) as he tries to “buy his freedom” from PSG.

Rabiot’s contract is due to expire in the summer and the 23-year-old’s agent says he is “determined to leave”.

He was left out of Tuesday’s win over Orleans, with PSG reportedly planning to sideline him “indefinitely”.

In a statement, Fifpro said Rabiot “has the right not to sign” a new deal.

Rabiot has reportedly been told by PSG’s sporting director Antero Henrique that he will not play for the club again until he signs a new deal, and RTL say the French champions will allow him to leave the Parc des Princes in the summer.

Fifpro added: “Is football about winning matches or making profits? Jean-Marc Bosman fought for this right and Fifpro defend it.”

Former Belgian player Bosman fought alongside the union in the 1990s for the free movement of European players in the European Union.

Rabiot had been linked with a move to Barcelona last summer, something his mother confirmed she was aware of, while Liverpool are also reportedly interested in the midfielder, who has won six caps for France.

“We’re not allowed to talk to any club until 1 January and I will not discuss with any club before 1 January,” she told the French radio station.

“During the transfer window of summer, I had told Mr Henrique that I wanted Adrien on the transfer list and he wanted to leave.

READ  Bruno Fernandes Is Not At Scholes' Level Yet - O’Shea

“The club did not want to sell Adrien. There was a proposal from Barcelona during the transfer window – the club refused. The club has the full right to refuse, but we can not say he was not aware.

“The situation was the same four years ago. When Adrien was 19, he did not resist and signed an extension. Now he is 23. What he is doing now is buying his freedom.

“It is firm and definitive. It is impossible to go back.”

That’s something United fans embrace – as long as it is ‘us versus them’ and not ‘me versus them’.