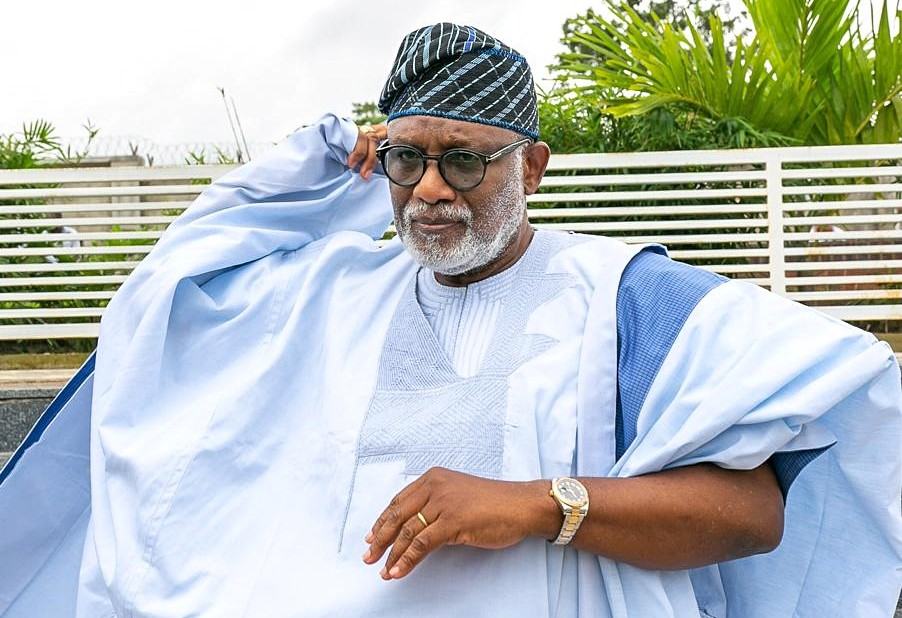 Governor Rotimi Akeredolu of Ondo State has come out to say that his ex-deputy, Agboola Ajayi is planning to embarrass and malign him with fake documents.

He recently revealed that Ajayi, who is now the governorship candidate of the Zenith Labour Party (ZLP), wrapped up the plot to harass him and members of his family five months ago.

According to him, the contents of the documents containing Agboola’s plot against him are all false, deceitful, and imaginary concoctions that should not be taken seriously.

He added that his government is transparent and accountable so it would be very difficult to discredit it.

His words, “While Governor Akeredolu and indeed, the APC family remain unperturbed over any such plot against the Project of Grace, it is, nonetheless, pertinent to alert the unsuspecting public, particularly the good people of Ondo State.

“For the records, the Akeredolu administration’s proclivity for transparency and accountability has made it a difficult task for anyone to malign, blackmail and discredit his administration.

“On our part, we shall inexorably sustain the civil, issues-based and persuasive campaigns that had been enunciated from the beginning of this process.”

Reacting, Ajayi said, “The fact that the family of Akeredolu is running the government is an open secret to everyone in Ondo State and don’t need any document, either clone or otherwise, to prove that. Like lawyers say, the fact speaks for itself.

“The wife of the governor has about six projects which she used to siphon money while the son is the consultant to the board of IGR and has access to N4b stashed in an account where he got ten per cent of the money.

I Tried To Return To Atletico Madrid – Diego Costa

I Once Had Cancer Scare – Khloe Kardashian

Bayern Munich Have The Quality To Win Treble – Robben