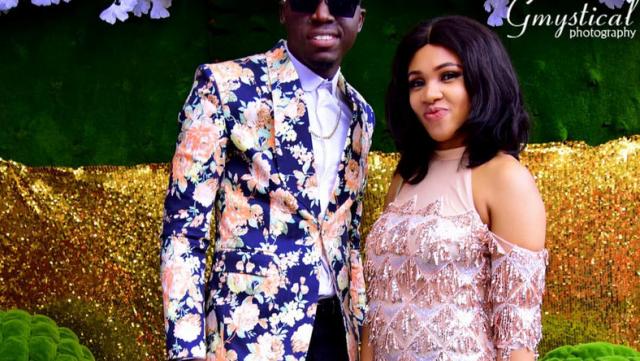 Nigerian comedian, Jephthah Bowoto a.k.a Akpororo is marking his fourth wedding anniversary by showering praises on his beau, Josephine.

Jephthah Bowoto, popularly known and referred to as Akpororo, is a Nigerian stand-up comedian, vocalist and actor.

He is a native of Ilaje, Ondo State, Nigeria but he was born and grew up in Warri, a city in Delta State, Nigeria where he had his early education. His career started off as a local gospel musician until in 2008 when he went into the National Comedy Challenge by Opa Williams and went on to win the Calabar zone of the competition.

In 2009, Akpororo moved to Lagos and contested twice in the AY’s Open Mic Challenge, coming second in his first try and winning the competition in his second try. He rose to popularity in 2013 following his performance at “Basketmouth’s Laff and Jam” show and went on to perform in several comedy shows including “AY Live”. On 12 August 2014, he staged his first major comedy show “Akpororo vs Akpororo” at the Shell Hall, MUSON Centre. The maiden event saw the attendance of notable musical acts and comedians.

In 2014, Akpororo delved into acting, starring in the films Headgone and The Antique; with the former earning him three nominations at the 2015 Golden Icons Academy Movie Awards.

His style of comedy is basically the fusion of secular and church-related jokes. In an interview, he revealed that he performs and cracks jokes about lunatics because he was once an attendant to mentally-ill people who came to the church he was attending for spiritual healing.

Sell Aubameyang Now For A Young And Hungry Player – O’Leary