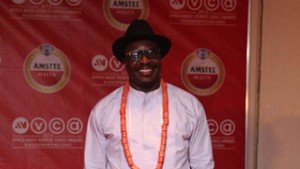 Some call him the father of all comedians in Nigeria. The veteran stand-up comedian, Ali Baba has revealed what he thinks about women who expose sensitive parts of their bodies.

The famous comedian said it is “unhygienic“, and “unethical” for women to dress indecently.

“I have nothing against you dressing the way you like… But when you go above board… I am forced to ask, if she has a boyfriend? If she has advisers? If she has values? If she even has a conscience? But then again… As they say, do anything that makes you happy. And this to me, is anything. But remember, As African men, we do not like to eat food that is not covered” Ali Baba wrote. “Its unhygienic and unethical. But then again, it’s her body, wetin “consign” me? I may be wrong sha! PS: I reposted the picture from a lady’s page @excitedjade. So don’t think this is an attack on women by a man, as some will always say!“

I Salute Osun State Indigens For Their Courage – Davido