New Manchester United signing, Amad Diallo has jumped on social media to bid farewell to his old club, Atalanta. He recently revealed that he spent six extraordinary years of growth and challenges with the Italian club, and the moments will forever be dear to his heart. 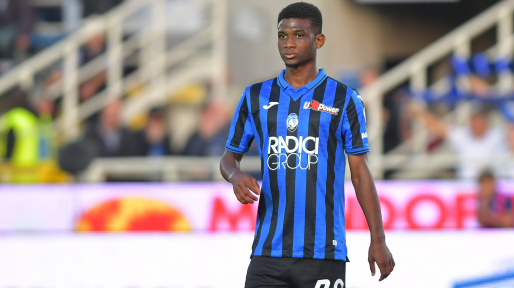 According to him, Atlanta gave him everything he ever wanted and he is very proud to have played for the club.

Ole added that MUFC has followed Amad for a number of years, and he is surely one of the most exciting young prospects in the game.

His words, “Dear Atalanta, the moment to say goodbye has arrived,”

“Here, I have become a man; you have given me everything I ever wanted, and I am more than proud to have played for Atalanta.

“You will forever have a special place in my heart. Wherever I go, you will always be with me for now and forever. Forza Atalanta!”

Ole added, “As a club, we have followed Amad for a number of years and having watched him myself, I believe he is one of the most exciting young prospects in the game.

“Manchester United has such a proud history of developing young players and everything is in place to enable Amad to reach his potential here.

“It will take time for him to adapt but his speed, vision and fantastic dribbling ability will stand him in good stead to make the transition. He is a player with all of the raw attributes that are needed to be an important player for Manchester United in the years to come.”

Klopp Is One Of The Best Coaches In The World –...

If Your DM Won’t Lead To A Credit Alert, Don’t Stress...