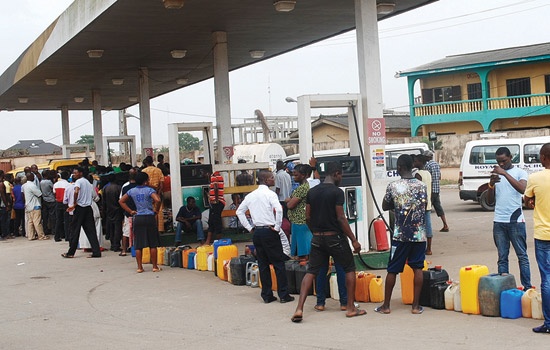 The Minister of Information and Culture, Alhaji Lai Mohammed has blamed the administration of former President Goodluck Jonathan for the fuel scarcity currently being experienced in Nigeria.

“One of the reasons for the fuel scarcity was the inability of the last government to make adequate provision for fuel subsidy,” Lai Mohammed, told State House Correspondents, yesterday after the rescheduled emergency Federal Executive Council (FEC) meeting presided over by President Muhammadu Buhari.

“We do face some other logistic problems but majorly, we are paying for the sins of the last administration.

“What I will be telling Nigerians is that what we met on ground is such that we are paying for the sins of the last administration. I am being very serious. You remember that about two weeks ago, we had to go to the National Assembly for a supplementary budget of N674 billion.

“Of that figure, N522billion was for arrears of fuel subsidy which was incurred as far back as August last year.

“The solution is what you have seen us doing. The first thing we have done now is to make sure that unlike before when the marketers used to import the major percentage of the fuel. NNPC has been involved in importation, because some of the marketers had stopped importing for a couple of months.

“If you see any fuel anywhere today, it is imported by the NNPC. We also inherited the vandalisation of the pipelines which has made it impossible for us to even transport the fuel. In tanks today we have 14 days reserve and off tank we have 10 days reserve.

“The issue is not non-availability of the product it is the distribution, because of pipelines that have been vandalised and the gridlock in Lagos. It takes about five days for anybody to take fuel with tanker in Lagos.

“As at two days ago this matter has been resolved. The Mosinmi pipeline has been secured and it has lead to the improvement in the distribution,” he said. [FMI]

De Jong Can Be The Leader In Barcelona’s Midfield – Iniesta

We Will Win The Election By A Landslide – Willie Obiano