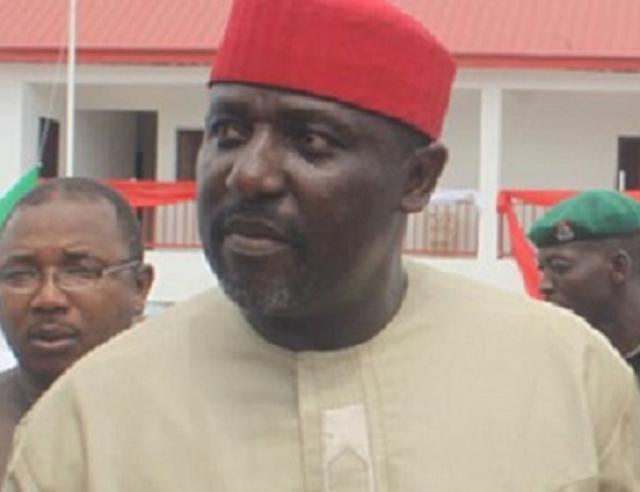 Ex-governor of Imo State, Senator Rochas Okorocha has come out to say that respect for President Muhammadu Buhari is the only reason why APC is still intact.

He recently revealed that it is possible for the ruling party to implode if the leadership failed to address specific issues.

According to him, there is no APC in the South-East and the members only trust PMB while believing that he can right all the injustices in the party someday.

He added that PDP is currently doing better than APC because the people are getting really tired of the challenges experienced by the ruling party.

“If not that, I don’t think there is anything like APC, because people are beginning to get fed up. Again, PDP is not even better, the party has its own challenges.

His words, “There is no more APC. What we have is respect for President Muhammadu Buhari. That is what is keeping us together.”

“What we have is our respect for the person of President Buhari and we still believe that something can be done.”

“In the South-East, literally we can say we don’t have APC. We just managed through the Ben Johnson way to get one state and that does not make our image good.”

“Just permit me to give you the inside of APC: this word APC was formed by four major political parties that had governors. One was the CPC-led by President Muhammadu Buhari; ACN-led by Ahmed Tinubu; ANPP-led by Ogbonnaya Onu, and APGA-led by me, brought in our structure; every other person fell into this structure.

“The PDP group came in and joined us. I gave the name APC, designed logo and that was the beginning of the party and we had an understanding.

“That trust and respect is what we still call APC. Outside that respect for President Buhari and the trust and belief that he could wake up one day and correct all these injustices and make it fine; that’s the only thing that is keeping the APC.

“If not that, I don’t think there is anything like APC, because people are beginning to get fed up. Again, PDP is not even better, the party has its own challenges.

“In 2023, I think people are going to vote according to their conscience. People are beginning to realise that a political platform is not the best to give you what you need.

“People are beginning to be more politically aware that individuals are more important than the name political party.”

Jese strike carries Real to victory over PSG in Doha

See Lovely Photos Of Chinedu Ikedieze And Wife Loving Up In...

I Like A Certain Type Of Men – DJ Cuppy