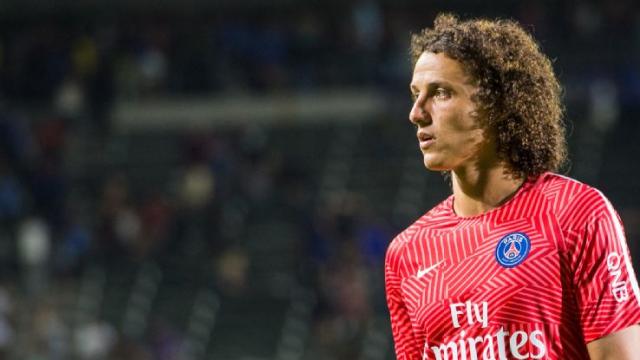 Mikel Arteta is doing a brilliant job at Arsenal, David Luiz has said.

Luiz revealed that he has certainly improved his all-round game since the club legend took over as manager months ago.

According to him, Arteta changes something at the club on a daily basis and his fresh ideas and philosophy have actually helped to improve the players at the club.

He added that Mikel has made sure all footballers that wear the Arsenal jersey think about the club first at all times before anything else.

His words, “Mikel is doing amazing, I am enjoying being almost 33 years old and still learning and improving and to see how beautiful football is,”

“Every day he changes something more and how a new idea and philosophy can still improve me as a person, as a player and as a leader.

“Mikel has tried to make us understand where to play and how to play. He gives us a plan: ‘If the team is like that, if there is a low block parking the bus how you can create, take the responsibility to make a risky pass’.

“If the pass arrives there then we create an opportunity and score the goal, if the pass doesn’t arrive there we can win the ball back quickly.

“Mikel, he brings a philosophy where everybody has to think for the best of the club, and make the club shine again. Everybody, not just players, everyone has to breathe this oxygen. It doesn’t matter where or when we lost it, we bring it back.”

“I want to be on the pitch. Doing what I love and making people happy.

READ  Havertz Needs To Learn To Play In The EPL - Kovacic

“If we are going to play the season until the end I want to try and be in the Champions League with Arsenal.”

On Martinelli, “Now they are very proud. I didn’t know [about him].

“I had heard some things about a little guy doing well. When I saw him I said ‘wow’.

“Not just because of the talent as a footballer [but] especially because of the mentality. I think he wants to improve, wants to learn and understands that he has the opportunity of his life.

“He wants to change his status, wants to be part of the team and part of the club – I think this is a very important thing for players to understand today.”

President Buhari Promises To Implement Past Government Deals With China

De Gea Is Not Always On The List Of The Best...

Jonathan Urges end To Classification Of Nigerians As “Indigenes” Or “Non-indigenes”...