Arsenal defender, William Saliba has come out to aim a dig at his manager, Mikel Arteta. This is coming after he wrapped up a loan move to Ligue 1 side, Nice, earlier this week. 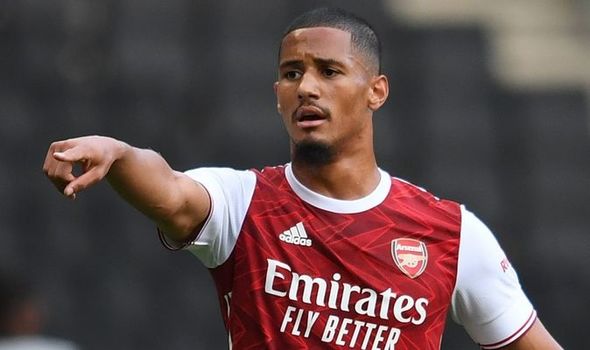 According to Saliba, he should have been offered more of an opportunity at his parent club because he deserved it, but Arteta immediately told him that he was not ready.

He added that he was never afforded the opportunity to rediscover his rhythm at the London club, and that was not too fair.

His words, “The coach immediately told me that I was not ready. I would have at least liked to have had a chance to rediscover my rhythm,”

“I arrived there as they were finishing the league season, so I was training alone. As soon as they came back from holidays, we quickly had the first friendly matches where I lacked rhythm and was a bit insufficient physically.”

“What’s for sure is that I was coming from Arsenal U23s, and what is for sure is that the rhythm at professional level and U23 level is not the same,” he explained. “I wanted to play and I trained so hard at Arsenal, that’s why the coach put me in directly on Wednesday. But certainly I had not played for a while and that has done me good.

“Even though I’m young, I’ve come to be a leader.”

KuangChi Science Is Going to Launch the 'Traveller' in New Zealand