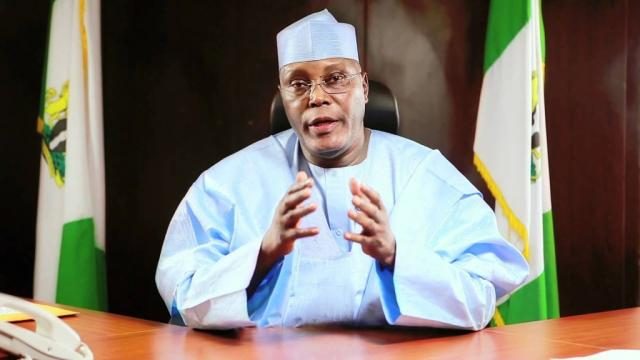 Atiku Abubakar has debunked reports that he married a second wife in Dubai.

According to reports, the ex-VP’s media team also issued a statement describing the news as blatant lies.

The statement reads: “Rumours that Atiku Abubakar got married to a new wife in Dubai are outright lies & fabrication.

“The former VP, family & friends among them Obi of Onitsha were honoured to have graced the wedding ceremony of Anthony Chuka-Douglas and Whitney Erin Woods.”

He also dismissed claim by President Buhari that Nigerian youths feel entitled to sit and do nothing while the government does everything for them.

Atiku said Nigerian youths are hardworking with great entrepreneurial spirit, work ethic, and creative abilities that should be nurtured.

Buhari, while speaking at the Commonwealth Business Forum in Westminster on Wednesday, April 18, 2018, said the country’s youthful population is reliant on the notion that Nigeria is an oil-rich nation, which leads to the demand for free things.

Being Rude And Disrespectful Is Nasty – Niyola

Resumption of negotiations on the Sudanese States of South Kordofan and...

Great People of Ilorin: Don’t Let Us Be Ungrateful To Allah...