Aubameyang Was Never Late To Training Under Me – Peter Stoeger 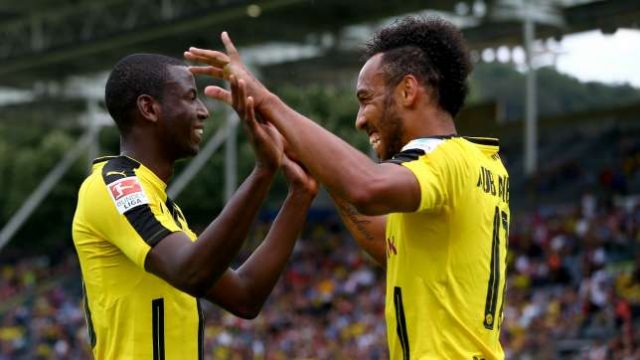 Peter Stoeger has said now that the Pierre-Emerick Aubameyang transfer saga is finally over his side can refocus on their football as they prepare to face resurgent Cologne on Friday.

“It became a topic behind which no one could hide,” Stoeger explained.

“It’s good that it’s over, because the topic attracted such an incredible amount of attention,” Stoeger said

“In my time, he was never late (to training),” said Stoeger.

“He once skipped a team meeting and once trained badly because he obviously wanted to send a signal, but otherwise he behaved properly.

“I can not say that the boys (team) were so upset (by his behaviour).”

“If we had sent him to the stands and possibly kept him until summer, the topic would have never been settled and there would have been no winner,” admitted Stoeger.

Rotimi Amaechi Will Reduce The NumberOf Accidents In Nigeria – UN