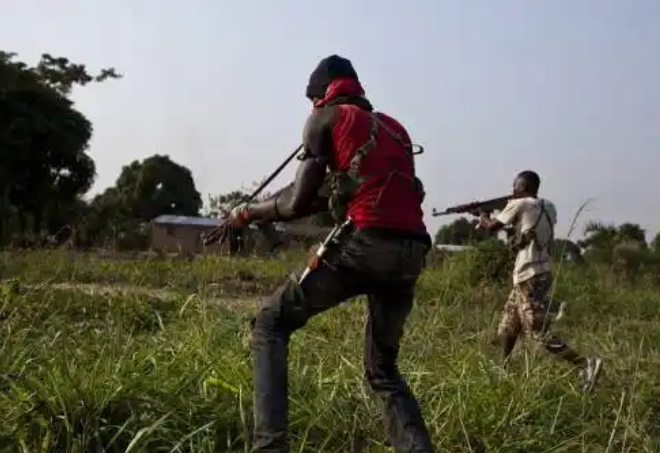 The incident happened in the early hours of Monday.

Locals say the gunmen, in their large numbers, attacked the community around 1:30 am and started shooting sporadically, leading to the deaths and abduction.

The police command in the state confirmed the incident. A tactical operations unit has been dispatched to the affected area to restore normalcy and rescue the abducted victims, the command added.

Zamfara has remained a hotbed for gun-wielding bandits and kidnappers; the latest incident is one of several cases in recent times.

A similar event took place in Rini town where the marauders with heavy gun power abducted over 60 people, according to accounts by residents.

While no deaths were recorded in Adabka and Rini, residents of Randa village in Dansadau Emirate of Maru Local Government Area were not as lucky.

It was a bloodbath in Randa as the bandits killed 11 people and kidnapped over 40 others, leaving the community in utmost dismay.

Religious centres and citadels of learning have not also been spared the nightmare.

The latest school attack took place in the dead of night on Sunday August 15. While students of the College of Agriculture and Animal Science in Bakura slept, the bandits invaded their school, killing security personnel and whisking away 15 students.

About five staff members of the college were also abducted.

Although three people were rescued following a swift response by security operatives, the whereabouts of other victims are yet to be ascertained. The kidnappers are also demanding an outrageous sum of ₦350 million for their release.

Put Some Respeck On My Name – Blac Chyna