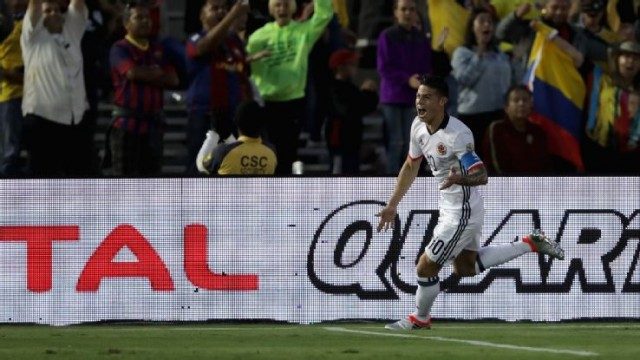 James Rodriguez has said he is happy with his start in Germany, while saying that Bayern Munich are at the same high level as his former team Real Madrid.

“I am very pleased with my first six months,” the Colombia playmaker said before flying back to his homeland for a winter break.

“We can go into the holidays with a good feeling after the last few weeks and hope to be successful next year as well.

“Bayern are like Real Madrid — a club at the highest level. They always want to win titles and are used to always having to win. Without question, Bayern is a top club.”

Heynckes said last week he expected James to “become more and more important to Bayern in the future.”

Having overcome early problems with the language, James has now “settled in well” in Germany despite “it being a little cold.”

“I like it here a great deal”, he said. “It’s a new life for me and Munich is a fantastic city.”