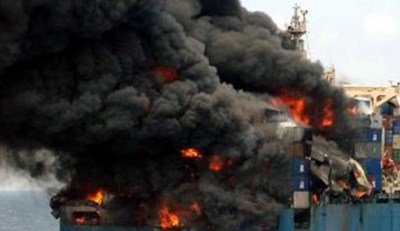 More than 40 people have been feared dead in Gombe as a suicide bomber reportedly struck at the Dadin-Kowa motor park. Two other bombs were said to have exploded.

“Two suicide bombers attacked Dadin Kowa bus station this evening. The park is one of the busiest in the town,” Fwaje Atajiri, the police public relations officer in the state reportedly confirmed the attack.

“You get vehicles going to Biu, Maiduguri, Yola but activities are usually low in the evening. So, we just hope that the casualty would not be high.”

“It is true that there were bomb attacks in the motor park but the casualty figure is not yet known,” he said.

“The injured have been taken to the hospital and the area has been cordoned off to prevent hoodlums from taking advantage of the situation to loot people’s property. Details would be made known to you later.”

Ogun Proposes to Spend N7B on Pensions and Gratuities

We Have To Wake Up – Pogba