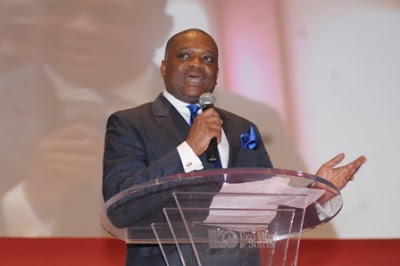 A former governor of Abia State, Dr. Orji Uzor Kalu, has called for the total removal of fuel subsidy in the country.

He made the call when he appeared as a guest on CNN’s Quest Means Business anchored by Richard Quest.

Kalu, who was responding to a question of what he considered as a priority for the Muhammadu Buhari administration, pointed out that the new government should take a bold step and totally remove subsidy on petroleum products to free up the sector for active private sector participation.

“As a businessman and Chairman Slok Holdings, which is a major shipping line in Sub-Saharan Africa, what I will like to see from the new president do immediately is to remove the subsidy on petroleum products, and I think he should act quickly on it. He should remove subsidy totally on petroleum products so that people can built refineries.

“People should be able to do business in the oil sector in Nigeria”, he said.

Kalu, who noted that corruption was also a big challenge to the nation, called on President Buhari to tackle the menace, which according to him, is more prevalent in the petroleum sector.

“Corruption is a big challenge which has eaten deep into every fabric of all facets of Nigeria and I think fighting corruption has to be holistic. It has to be something that must be started from Day One. It must involve re-orientation of our people and cultural re-orientation. And frankly, corruption could be fought and we have to fight head on if we really want to succeed.

#Nigeria > Lagos Bans Trailer Movement From 6am To 9pm

Kiss Daniel Thanks Fans For Supporting Him After Headies Snub