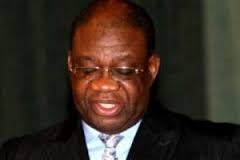 ABUJA (Federal Ministry of Power Report) – The Minister of Power, Chinedu Nebo (Prof) has emphasized the imperative of inculcating capacity building into the Power Africa Initiative, a programme introduced by President Barak Obama to aid Africa in the area of sustainable electricity.

The Minister while speaking at a meeting held with officials of the United States, who visited him at the ministry on Friday October 31, 2014 expressed worry that without this critical component, the Power Africa Initiative might be short-lived even when it eventually becomes successful.

Chinedu Nebo further explained that experts must be on ground to provide the necessary proficiency to those that would operate the installations and the entire system to make the initiative sustainable. Adding, the role which America has played in creating a robust power sector in Nigeria is encouraging and the country as well as entire West Africa must work assiduously in this direction. “Whereas most of the big financial interventions in the sector have come from Asia, America and Europe have shown some form of foot-dragging in fully engaging the programme in terms of investment, a situation which must change for them to benefit from the dividends of a full-grown electricity market,” the Minister intensified.

He emphasized that investors should not be afraid to come to the power sector in Nigeria because protection for investment is guaranteed. He also expressed fulfilment that Nigeria is part of the Power Africa Initiative; indicating that the country would not only capitalize on it, but has participated in a series of meetings, one of the most successful which held in Addis Ababa towards reaching decisions on the roadmap to actualizing its goals.

READ  2023: Do Not Resist Handing Over To PDP When Time Comes — Governor Wike Tells APC

Nebo added that Nigeria is ready to accept any opportunity for American investment just as it did shortly to encourage one of its companies which presented a proposal to produce 1,000 megawatts capacity plant for the fabrication of solar power, saying such investments would send the right signal on the promotion of the power sector initiative in the country.
Lamenting the damage which vandalisation has caused in the fight for speedy actualization of the power sector roadmap, the Minister revealed that with the prevailing destruction of gas pipelines which has heavily affected the production of electricity and gas-fuelled plants accounting for a vast percentage of electricity production in the country, there is imperative for an alternative. “The alternative to gas must be pursued, not only as solution to the problem of vandalism, but as a step  to utilizing the huge potentials which the nation enjoys from sourcing energy through other natural resources like solar,” he added.

“Nigeria has enjoyed far greater solar potentials than Germany, where a great percentage of its power needs come through the sun. This source alone accounts for three times more than all other energy sources put together in the country.”

The delegation which was led by the American Ambassador to Nigeria and the Principal Deputy Assistant Secretary of the US Department of State, Robert Jackson inferred that they were in the ministry to confer with the Minister  on how to fully appraise the current activities of the sector towards helping  it to succeed.