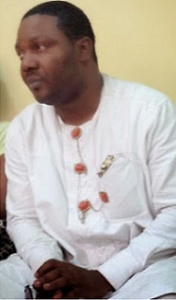 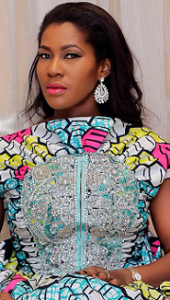 I reported earlier on the statement released by Stephanie Okereke concerning the r*pe case her brother happens to be the perpetrator.

As expected, the veteran Nollywood actor and producer — Charles Novia, has reacted to the statement sent out by Stephanie’s camp.

Read below what he said below: –

“Stephanie Linus ( nee Okereke) a Nollywood actress recently put out a reproduced statement below about a r*pe case involving her brother, Daniel Okereke , who is accused of defiling a Unilag undergraduate and currently has a criminal case against him with the Police in Lagos.

Reading the statement, I could not help but feel pity and admiration for Stephanie. Indeed, it is a harrowing experience to have a family member accused of such a despicable and heinous crime and it is even more traumatic to be linked with the accused as if by being related by blood, she is culpable too in the crime. Using recent templates in entertainment, one should ask if Brandy Norwood was culpable when Ray J leaked the s*x videos of Kim Kardashian a few years ago? Or some other examples I cannot remember at present?

The truth is that in law, each one is judged by their own actions and Stephanie is not in any way under the limelight for a crime which she knew nothing of. For that, I wholly sympathize with her and pray for comfort for her and other members of her family at this trying period. No matter the outcome of the case, there will always be a suspicion that Daniel Okereke did something to blacken the family name and the outcry against r*pe has been passionate (and rightly so) in the past decade in Nigeria. I support any action taken against defilers by the law courts and while the onus of proof lies with Daniel to prove his innocence, there is no gainsaying that this case is going to be a watershed in Nigeria’s legal system for the interest it has generated. In a way, the family name is a respected name in both the business and entertainment sectors and a high profile case such as this will involve much microscopic scrutiny.

I commend Stephanie’s bravery in bringing out the statement. She has proved by her action to be a worthy role model for a present generation.”

Boko Haram: 2015 Elections May Be Postponed If Insurgency Continues Unabated,...