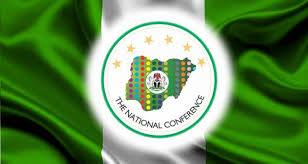 ABUJA (National Conference Report) – The on-going National Conference in Abuja witnessed a heated session on Monday as delegates spoke either in support of or against the complete removal of fuel subsidy as recommended by the Committee on Public Finance and Revenue.

The Committee which is headed by Adamu Aliero (Senator) did state in its report submitted earlier that the subsidy on petroleum products was an avoidable major financial burden that the nation has been made to bear. It said that between 2006 and 2007, subsidy accounted for 30% of government expenditure which translated to 118% of capital budget and 4.18% of the Gross Domestic Product. Adding, the situation was anomalous and encouraged smuggling and government resources which should have been used to undertake more developmental projects were being spent on subsidy.

The Committee report argued that subsidy removal will most certainly ensure product availability at all times and significantly mitigate illicit cross-border activities; noting that it was the Committee’s position that the poor and rural dwellers to which the subsidy scheme was initially targeted were not reaping the benefits. ‘The removal of subsidy, they inferred would encourage investments in refineries and the downstream sector generally.’

During the Conference deliberations, Anya O. Anya (Professor) in his contribution described as unfortunate the fact that the argument has been reduced to either giving support to or opposing the subsidy. He noted that such arguments amount to over-simplification of more complex issues. While resolving that the final decision on the debate should be taken on Tuesday June 17, 2014 when the entire Conference Committee is to consider each of the recommendations clause by clause, the Committee also recommended that in order to enhance accountability, transparency and avoid mistrust between the three tiers of government, the presence of the Accountant Generals of the Federation and that of the Federal Government was necessary.

The Committee therefore recommended that the country maintains a budget mix of at least 60% capital expenditure and 40% recurrent expenditure to leave substantial fund to address infrastructural gap, provide jobs and promote general economic growth and development. On solid minerals, the Committee provided a comprehensive list of essential solid minerals found in states of the federation; explaining that these can be a veritable source for diversification of the country’s non-oil revenue base and that when fully tapped, the revenue profile would change from oil dominance.

Besides deployment of security personnel, the Committee members said that there was need for acquisition and deployment of appropriate technology to check fuel and pipeline vandalism. The intensified that government should consider involvement of private companies in the management and replacement of oil pipelines, some of which it said are over 50 years old. It observed that back home, instead of the stated position helping in the growth of the economy and domestic debt profile, especially debt owed local contractors, unpaid salaries of public servants, pensions and gratuities have contributed to hampering growth.

In a related issue, the Conference Chairman and former Chief Justice of Nigeria, Idris Legbo Kutigi thanked Nigerians and particularly the delegates to the National Conference and the media for the support and cooperation extended following the death of his wife, Late Maryamu Kutigi not long ago.

#Cameroon > No answers a year after Striker Albert Ebosse’s Death