Popular female disc jockey, DJ Switch, has taken to her Instagram Live to show the aftermath of the shoot out at Lekki Toll Gate.

It has been reported that the peaceful protesters at the Lekki Toll Gate have been shot at by Nigerian law enforcement agents.

In the live video, the disc jockey streamed where she and other peaceful protesters tried to remove a bullet from the leg of a victim of the shoot out.

They tried to remove the bullet from the man’s leg with what appeared to be a pair of tweezers after they had sterilized it with fire from a lighter and alcohol .

To keep the pressure on the man’s injury, they had to tie a Nigerian flag around his leg. Apparently in excruciating pain, the man kept yelling , ‘ I am a man ’ as they probed into the wound looking for the bullet.

Due to bad network where the DJ was, it is uncertain if they successfully got the bullet out of the leg.

DJ Switch via her Instagram live video further showed other peaceful protesters that were hit by the bullets in various part of their bodies.

Furthermore , she showed how they tried to help another victim but sadly , it was heard on the video that the person had passed out, however, they performed CPR in order to resuscitate the person .

She noted that when the law enforcement agents came and began to shoot sporadically, the peaceful protesters were on the floor seated with the Nigerian flags in their hands.
However, a few of them were unhurt because they hid under a nearby truck .

READ  My Government Respects The Rights Of Citizens — Buhari

She was heard saying on her live feed as she continued to help the victims, “They shot peaceful people, they just shot us for nothing. Please record this. Look at bullets, bullets everywhere, people are picking it from the floor. Please record this and share. We were able to escape because we went under a truck.” 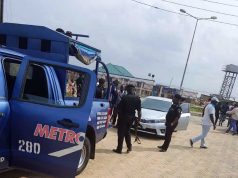 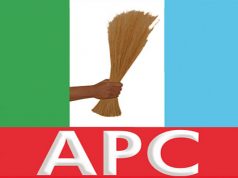 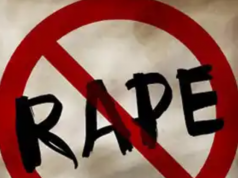 Christina Milian Was Once In An Abusive Relationship

Politics Not A Do Or Die Affair – Kwankwaso

Canada squad brings back 11 to defend Olympic gold in Sochi