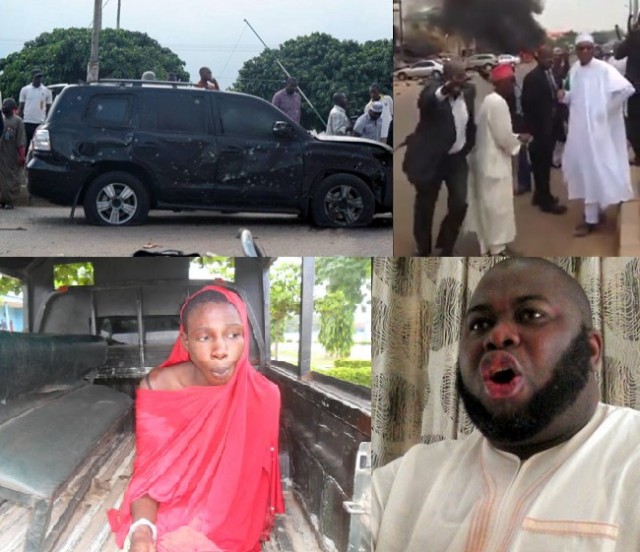 THE SUSPECT, BOTTOM LEFT, WHO ALLEGEDLY FINGERED Asari Dokubo AS THE SPONSOR OF THE Attack ON GEN. BUHARI’S CONVOY

Following the July 23 bomb attack in Kaduna that killed about 85 people and which allegedly targeted General Buhari and prominent Islamic cleric, Sheikh Dahiru Bauchi, the social media was awash with reports that one of the suspects in the incident, who was arrested by security agencies, claimed the former Niger Delta militant paid them N5 million to carry out the attack.

In the petition signed by his lawyer, Festus Keyamo, Esq, and addressed to the Director-General of DSS, Nta Ekpenyong, Dokubo-Asari urged the agency to investigate the allegations contained in the publication so as to put an end to the threat to his life and family.

Lives And Livelihoods Will Improve In The North – Buhari