Doris Simeon Not Turning Her Back On Marriage 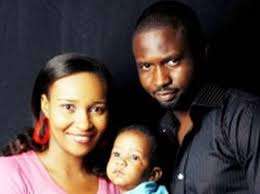 Top Nollywood actress Doris Simeon has said that she is no way against getting married again.

The cross-over actress who was once married to filmmaker, Daniel Ademinokan recently opened up in an exclusive chat that she isn’t closing the door on marriage.

‘I am not God, only God can say. I might just say I don’t want again but what if God says its time for you to settle down again. So it’s not a closed door for me when it comes to marriage,’ Doris said. When asked if she is currently in a relationship, she went comical.

‘Yeah, I am in a relationship with God and my son and my career too,’ she said amidst laughter. Doris and Daniel were married for about a decade after meeting on set of a movie. The couple have a son together named David who is currently in custody of Daniel in the USA.

When asked the last time she saw her son, Doris, who played Dagrin‘s girlfriend Chichi in the late rapper’s biopic, ‘Ghetto Dreamz’, however refused to comment.

I Am Going Beyond Being A Nigerian – Rochas Okorocha