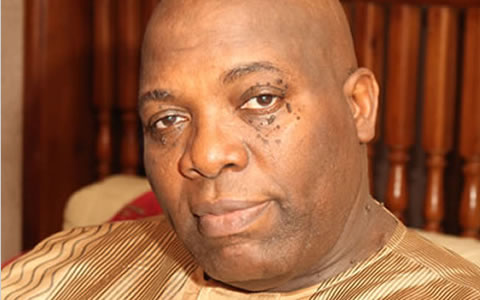 Dr Doyin Okupe has revealed that his son, Ditan, may have joined the re-election campaign of President Muhammadu Buhari to get back at him over their ‘serious issues’.

The spokesperson for the President Muhammadu Buhari Campaign Organisation, Festus Keyamo, announced on his Twitter account (@fkeyamo) on Thursday, November 8, 2018, that Ditan had joined the president’s re-election campaign despite his father being a vocal voice in the opposition People’s Democratic Party (PDP).

Okupe was the chairman of the Media Council for the campaign organisation of Senate President, Bukola Saraki, when he contested for the PDP’s presidential ticket. However, since he lost the ticket to former vice president, Atiku Abubakar, Okupe has been a vocal supporter of the party’s candidate to defeat Buhari in the 2019 presidential election.

While announcing Ditan’s involvement with Buhari’s campaign on Thursday, Keyamo mockingly stated that Atiku’s salesmen cannot sell the candidate to their children, clearly also referring to the case of Olujonwo, the son of former president, Olusegun Obasanjo, also an Atiku supporter for 2019, who met Buhari last week to pledge his support.

READ  I Will Meet The Expectations Of Nigerians - Buhari

In response to Keyamo’s taunt, Okupe revealed that he has had serious issues with his son for the past five years. He took to his Twitter account (@doyinokupe) to suggest that joining Buhari’s campaign might be his son’s way of hurting him.

He posted, “We both have had serious issues in the last 5 years. This may be his way of getting back at me.”

BBNaija’s Mike Set To Flaunt His Acting Skills Alongside RMD

Tyga Shares Childhood Selfie Of Himself

The Team Spirit Is Better At Arsenal – Alex Iwobi