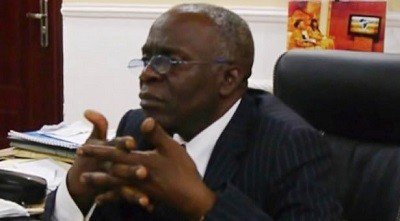 Lawyer, Femi Falana has come out to say the Federal Government should reopen Nigeria’s land borders.

Months back, President Muhammadu Buhari disclosed that the closure of Nigeria’s border with Benin Republic was because of massive smuggling activities.

However, Falana believes it would be best for the Federal Government to undo what they have done.

He said the government should “urgently dialogue with Nigeria’s neighbouring countries to jointly fight the menace of smuggling, which necessitated the border closure by Nigeria.”

He then urged the Federal Government to reject the International Monetary Fund’s (IMF) endorsement of the border closure.

He said the endorsement of the policy by IMF is “a deliberate design to weaken ECOWAS regional integration agenda.”

His words, “Border closure is inconsistent with the letter and spirit of ECOWAS Protocol on Free Movement of Persons, Residence and Establishment and the African Continental Free Trade Agreement. The endorsement of the IMF is a deliberate design to weaken the ECOWAS regional integration agenda.

“The borders should be reopened without any further delay as it cannot be sustained for too long without serious repercussions for the Nigerian economy.

“The neighbouring countries may retaliate by imposing a ban on goods being exported from Nigeria by air. They may also close down Nigerian banks and other businesses operating in other member states of the ECOWAS.

“Instead of resorting to the unilateral closure of borders the Federal Government should drag the Republics of Benin and Niger to the Court of Justice of the ECOWAS for breaching the ECOWAS Protocol by allegedly encouraging the smuggling of petrol, rice and other products. In the alternative, smuggling should be addressed like terrorism which is being jointly combated by Nigeria and her neighbours.”

READ  My Government Respects The Rights Of Citizens — Buhari

Burna Boy Is Neither On The Run Nor Avoiding The Police...

Ronaldo Is Still The Best In The World — Nani

Women And Kids Should Not Be Classified – Chimamanda Adichie