The Inspector General of Police (IGP), Ibrahim Idris has revealed that the German Archaeologist, Prof. Peter Breunij, who was kidnapped in Kaduna was given police escorts to protect him and his team.

Idris, in a statement issued by the Force Public Relations Officer, Jimoh Moshood, said the foreigners did not go to the site with their police escorts, Vanguard reports.

The IGP also said that six special police units have been sent out to ensure that the Archaeologists are rescued.

The Deputy Inspector General of Police in Charge of Criminal Intelligence and Investigation Department (CIID), was also mandated to coordinate the rescue mission.

The statement said “The Special Forces and Police Investigators deployed are in contact with the colleagues of the victims and have provided additional security for their safety. The team is already on the ground working in synergy with the Kaduna State Police Command and the locals.

“The Nigeria Police Force, while assuring all Nigerians and foreign nationals in the country of their safety, wishes to implore them to always request and obtain police escort to protect them any time they are embarking on research, mining and related endeavours outside the towns and cities across the country.”

Reports say Inspector-General of Police was summoned by the Acting President, Yemi Osinbajo to brief him on efforts made to rescue the kidnapped Archaeologists. 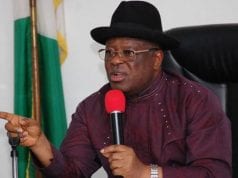 Atletico Is The Best Environment For Joao Felix To Flourish –...

Real Madrid Is Not As Bad As Everyone Says – Zidane