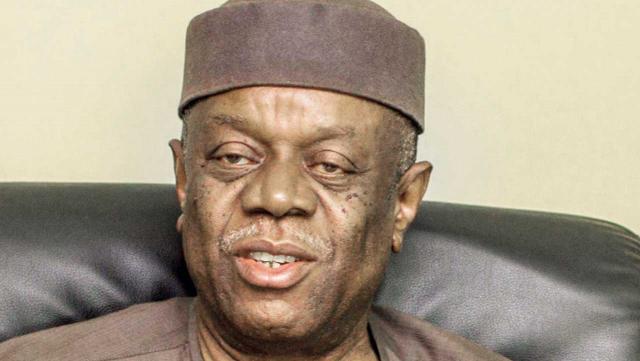 National Chairman of Pan Niger Delta Forum, PANDEF, Commodore Idongesit Nkanga has come out to say that the rise of food prices in the country is not escapable.

PANDEF recently revealed that the government has not put in place the right economic policies to prevent such from happening.

According to him, the current situation citizens are in is very sad and only the government can bring the right policies to remedy it.

He added that farmers are simply increasing the price of their food because they want to have enough money to travel and transport workers are also hiking their fee as a result of our poor policies.

His words, “PANDEF has not studied it presidency’s claim, we are in a state of sadness about the general situation in the country, everything is going the way it is and I think the government has not arranged our economy properly.”

“Again, the government is the one that can stop it from happening by bringing the right policies and having a human face in some of the policies they put in place. If their policies do have a human face, then what is happening, which is a rat race is bound to happen, everybody wants to shift the blame to the other.”

“For some time now, we have been talking about so many things coming in numbers, we have talked about an increase in fuel price, we have talked about insecurity to farmers, all these things put together there is no way food prices will not go up. “And of course if food prices go up, it is general insecurity. I really do not know what Mr President himself wants us to do, the answer is with them, many of us have been saying before now that this is not the way government should go, but since they did not want to list listen, there is no way things will go up.”

“Let me clarify that it is not the farmers that want food prices to go up and there is nothing they can do about it themselves. If you increase the petrol price, how they get to their farms, how do they transport their produce, even they, there are certain food items they have to buy. Once there is scarcity, there is demand, the farmers find it difficult to meet up.”

“In fact, there have been too many issues recently just coming back to back like that, so it is not only food prices that have gone up, everything has gone up, which is the danger, but I do not know what the presidency means by saying that the upsurge in food prices is a threat to the nation’s food security as if they did not know that it is exactly what will happen with its wrong policies.”

READ  Despite The Backlash, The Water Bill Is For The Good Of Nigeria – Lai Mohammed

Do Not Listen To Naira Marley, Education Is Key – Moyo...

Kane Is One Of The Best Strikers In The World –...

I Do Not Regret My 2009 Bayern Munich Remark – Lahm