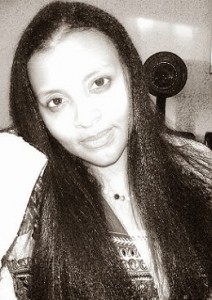 I guess this is connected with the new Federal Government lawsuit against her brother Mohammed Sani Abacha for unlawfully receiving about N446.3billion allegedly stolen from government’s coffers between 1995 and 1998.

Mohammed is, in the charge of nine counts, accused of “dishonestly receiving stolen property” and “voluntarily assisting in concealing money.” The charge replaced the earlier one of 121 counts in which Mohammed was charged with Atiku Bagudu, who is excluded from the fresh charge.
According to the new charge, Mohammed concealed 141,100,000 pounds sterling and $384,353,000 in cash and travelers checks.
The charge, dated February 24, 2014 was filed by a private prosecutor, Daniel Enwelum, who is prosecuting the case on behalf of the Federal Government and upon a fiat dated February 18, 2014, issued to him by the Attorney General of the Federation.

Ribadu, God’s Answer To The Cries Of Adamawa People – Ngilari