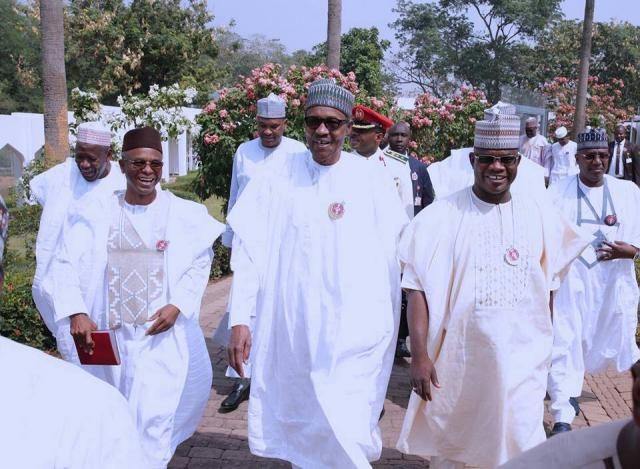 Prof Kingsley Moghalu says he is ready to spar with President Muhammadu Buhari at the presidential debate organised by the Nigerian Elections Debate Group (NEDG) and the Broadcasting Organisation Of Nigeria (BON).

Moghalu also says he hopes the nation’s president honours the debate invitation extended his way by the organisers.

Buhari and the then opposition APC refused to participate in the March 2015 debate, citing an “avalanche of inflammatory statements, misinformation and blatant lies propagated by” some of the media organisations who put the debate together.

The NEDG/BON vice presidential and presidential debates for the 2019 elections are slated for December 14 and January 19 respectively.

Moghalu says he is happy that his party, the YPP, made the debate cut.

“I want to thank BON and NEDG for the invitation to debate ideas and how to fix Nigeria on January 19, 2019.

Hopefully, the President or any of the other selected candidates will not dodge this very important debate because that will be a huge shame and a disservice to our dear nation”, Moghalu said in a press statement on Friday, December 14.

Moghalu added that he considers it an honour that his running mate, Umma Getso, was also invited for the vice presidential debate scheduled for Friday, December 14.

“Getso and I are the best tag team for the job and Nigerians will find this out during the scheduled debates.

The YPP is ready for this debate and I am ready to take on President Muhammadu Buhari.

“This is what I have always advocated. That candidate’s must earn every vote and a televised debate for the nation’s number one job is one sure way to earn those votes. The YPP made the cut from a long list of 91 political parties and 73 presidential candidates. That alone tells you how much ground we have covered since I declared I was running and how much impact we have made nationwide.

“No other presidential candidate has worked as hard as I have all year to earn the votes and confidence of Nigerians. On February 16, all of the efforts that the YPP have put in, will be rewarded. The debate is just another step forward for us on our way to Aso Rock”, Moghalu said.

You’re Not Qualified To Contest In 2015 – Kwankwaso To GEJ