Manchester City midfielder, Ilkay Gundogan has come out to say that he is happy to fill the role of an unsung hero at the club. He recently revealed that he is okay with allowing others to shine in a galaxy of stars. 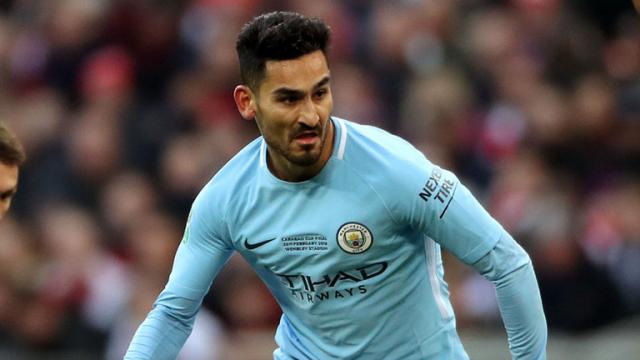 He added that the most successful teams in history were so successful because they had different players playing in harmony.

His words, “Someone said to me once I perhaps don’t shine but I allow others to shine, and that’s how I see myself,”

“You cannot just build a team of 11 players playing the same type of football and same type of characters and players.

“In the end, there has to be one harmony – one great picture that fits. That’s always the challenge.

“The most successful teams in history were so successful because they had different players playing in harmony.”

“Maybe I would disagree [this is my best run of form] because the last few months where we won the league one point ahead of Liverpool, I felt very confident about my personal game,” added a man with 42 international caps to his name.

“That’s a period that still feels really good, not just for myself, but for the team. Maybe with the numbers people think I am better now, but I am honest, numbers are never really important for me in football.”

“When I leave the pitch after the final whistle, if I feel I have played as good as I could, when I am happy and proud of what I have done on the pitch, that’s the point I feel comfortable – not if I score one, two goals or whatever.

“You need players who score, but that’s not something I identify with. Obviously, when I am in the region to score goals, I try.”