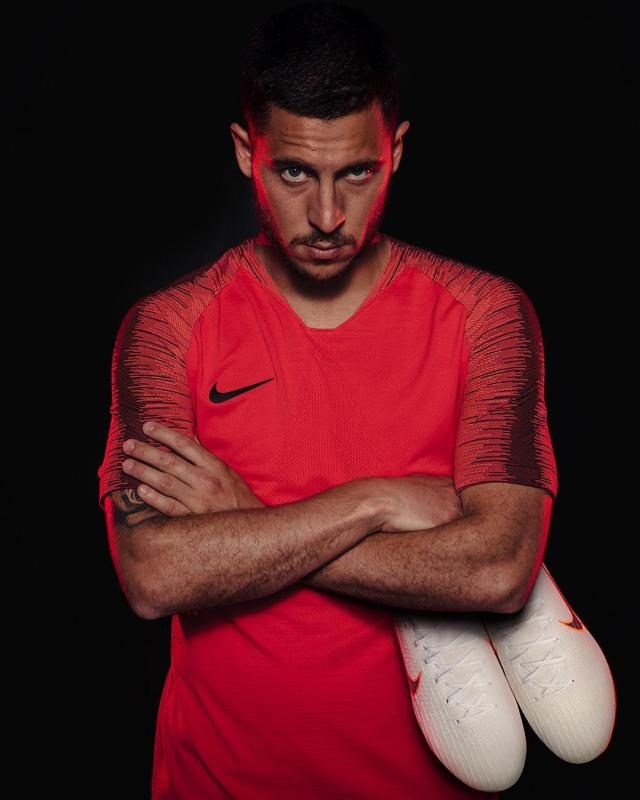 Hazard has scored seven goals against Liverpool in his career, four of which came in the north west.

Eden Hazard has said he loves playing at Anfield as he reflected on the Carabao Cup third round goal he netted for Chelsea against Liverpool in September.

The winger scored a mesmeric solo effort in the 85th minute to give the Blues a 2-1 victory after they had overturned a 1-0 Liverpool lead.

Speaking to Belgian publication HLN, Hazard said: “I love Anfield. The stadium, the pitch, the atmosphere. I love to play there.

“I have already scored several goals at Anfield, always against Simon [Mignolet] – sorry! But this one was worth it. One of my most beautiful goals ever. It had everything. And it was also one against a big club. That gives it extra exposure.

“I came on with 20 minutes to play. And I lost the first five balls I touched. I thought: ‘Oh, oops, this is all going wrong’. Until I started running and dribbling. I saw the gap and kicked the ball. Bam! The excitement was huge.

“After the match I have watched the goal several times. On repeat. I do that from time to time in the bus. The moments you enjoy.

“All my friends sent me messages too. All very praising. ‘Wow’. There was even a video of the goal with the music of Titanic – didn’t you show that to me? Epic.”

Hazard has been a vital player for Chelsea this term and is their top scorer with 12 goals, three ahead of Alvaro Morata in second.

See also  After Coronavirus Is Over, We’ll All Be Stronger, Better And Kinder - Guardiola

But there has been consistent speculation linking him with a move away from the Bridge, in particular to Real Madrid, and the Belgian has failed to rule out a move could be on the cards in the summer.

I Am The King Of Cleveland Now – Jay Z