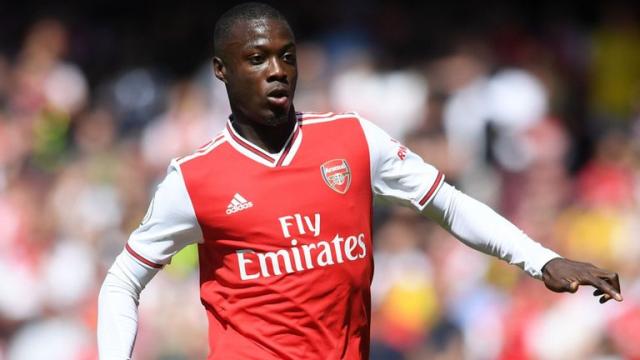 Ex-Arsenal captain, Tony Adams has come out to say that he was very against Nicolas Pepe’s £72 million ($91m) transfer to Emirates Stadium.

Tony recently revealed that he feels his old club made a mistake my buying another attacker when several youngsters were already showing their potentials at the club.

According to him, Saka, Nketiah Reiss Nelson, Gabriel Martinelli have shown that they can do a good job when called upon this season snf this proves that Pepe might’ve been a panic buy.

He added that there are several youngsters that deserve to play at the club, so the club must stop wasting money on costly surpluses.

His words, “I was very against Pepe to be honest with you because we had [Bukayo] Saka coming through, we’ve got Eddie [Nketiah], Reiss Nelson, [Gabriel] Martinelli.

“We’ve got a lot of kids that need to play and to go and buy [Pepe for] £72m, I thought it could have been used in different areas.”

Lagos Residents Grumble As Price Of Kerosene Skyrockets To N150 Per...