Ex-Arsenal manager, Unai Emery has come out to say that he really tried to help Mesut Ozil during his time at the club. He recently revealed that he did everything he could to support the German to step up his game on the pitch. 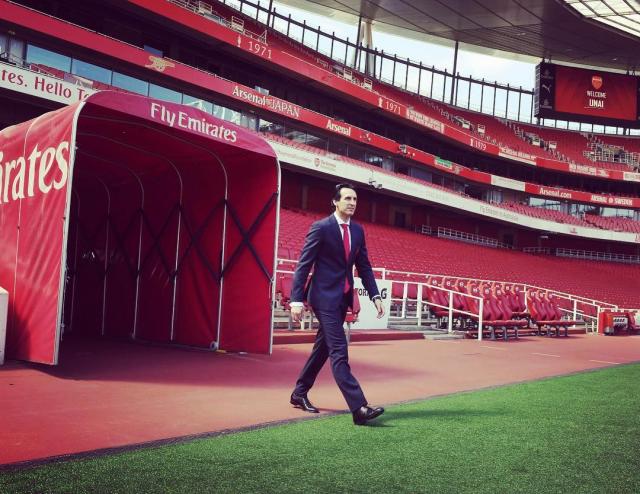 According to him, he follows all Arsenal matches, but he really doesn’t have the time to know where the problems are in the team anymore because he is focused on Villarreal.

He added that even if things might be difficult for the Gunners right about now in the EPL, the London club will get back to the top eventually.

His words, “I worked for one-and-a-half years with Mesut and tried to help him, support him and achieve the performances for the team with him.”

“Now I don’t know what the problems are as I am very concentrated and focused with Villarreal.”

“I follow every Arsenal match but I don’t know what the problems are with the team or the players. I can only speak about Mesut Ozil when I was with him there and I tried to achieve the best performances with him.”

On the ambitions of the last two clubs he has coached: “They are two different teams, of course.

“They’re playing in the same competitions such as the Europa League, trying to achieve the top four and we’re trying to do the same in Spain.”

“I think now it’s very difficult for Arsenal because of Liverpool, Manchester United and other teams but I think Arsenal is going to get back in the top four and recover as there’s stability in the club.

“It’s the same here in Villarreal where we are consistent and I like the style we play here, the club also try to be in the top six and also to achieve the top four and it’s a good season for us if we achieve that.

“I am here and I am very happy in Villarreal.”

People In Charge Of Anti-Corruption Institutions Should Be People Of Integrity...

Daddy Freeze Is A Poor Guy With A Fake WristWatch –...

‘Zidane Can Be Madrid’s Future Coach’