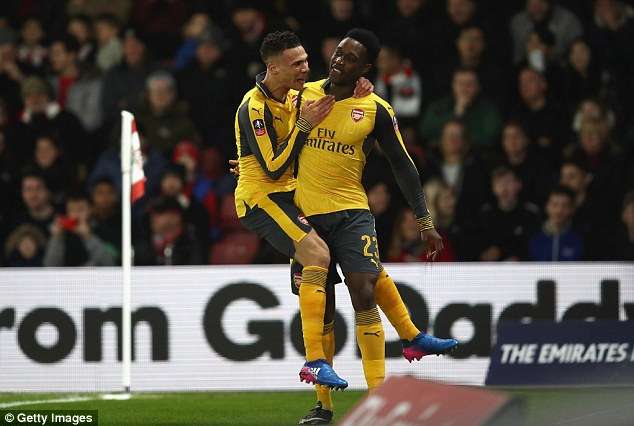 Danny Welbeck has promised to come back “stronger than ever before” as he returned home from the hospital after having two operations on his broken ankle.

Welbeck posted a photo on social media showing himself on crutches and with his right foot in a cast on Tuesday. But he was also giving a thumbs up and smiling, while striking an upbeat tone when thanking fans “for all the love and support” he has received.

“No doubt I will be back stronger than ever before. Recovery grind starts now,” Welbeck wrote.

The England international broke his ankle during Thursday’s Europa League game against Sporting Lisbon at the Emirates. He underwent a second operation on Monday night, but Arsenal have said it’s still too early to determine when he might be back on the pitch.

Welbeck’s Arsenal contract expires next summer and it’s unclear if he’ll play again before then.

Bey And Jay Appear On Red Carpet With Blue Ivy

Why Dickson Was Booed – Pro-Jonathan Group