I Will Improve Road Infrastructure In Edo State – Godwin Obaseki 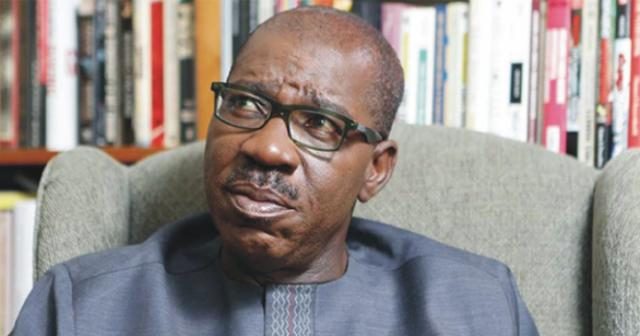 Edo State Governor, Mr. Godwin Obaseki has talked about his administration’s commitment to making sure road infrastructure in the state is improved in the nearest future.

He said his administration is chatting with the Federal Government to enhance the experience of commuters on the Benin-Lokoja Road during the festive season.

Obaseki revealed this in Benin yesterday when he received some directors from the Federal Ministry of Works and Housing, who visited him in his office.

He also pledged to sensitize those whose houses will disturb construction works and the required compensation will be considered.

His words, “The road alignment from Benin to Okene is the main economic artery of Edo State because it cuts across the three senatorial districts of the state. Anything that happens to that road affects both the economy and the administration.

“The poor condition of that road has also affected our internal roads in the state because of the huge traffic that goes through it. When the road is bad all other state roads around it will be affected. It has been like that since the construction of the road started in the last eight years.

“We are in a difficult and desperate situation in Edo State; we are afraid of entering another raining season with that road remaining in that state. Whatever can be done to complete the critical alignment of that road will be appreciated by the Edo State Government”.

“About one month ago, the Minister gave all four contractors and the two Federal Comptroller of Works in Edo and Kogi State a matching order to ensure that rehabilitation work is done on the old alignment as aggressive work is on-going in the four sessions of the Federal road.

Restructuring Will Cause Problems Between Northern, Southern Governor — Primate Ayodele

Eid-el-Kabir Holiday To Be Observed On September 1st

No Togo Friendly For Super Eagles