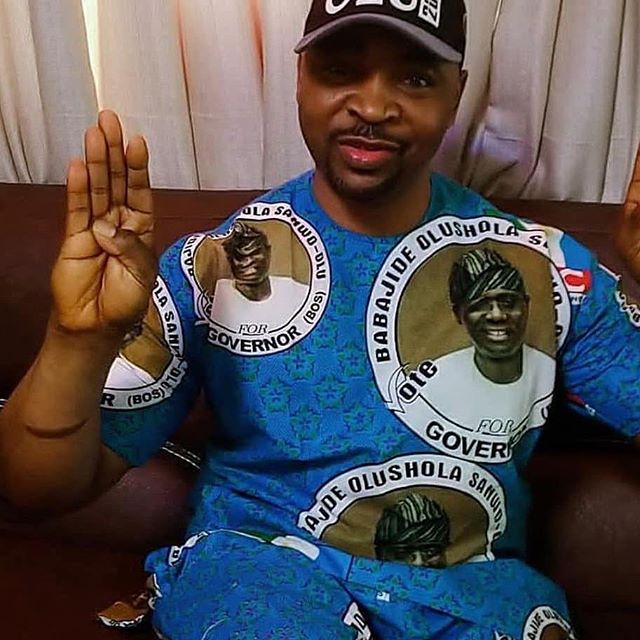 The Lagos State Chairman of the National Union of Road Transport Workers, Musiliu Akinsanya aka MC Oluomo has come out to say that he does not plan to contest for any political office in Lagos.

He revealed this in a recent interview with a veteran broadcaster, Funmi Iyanda on Instagram.

According to him, the constitution allows anyone to run for a public office but he personally decided against it.

He added that he is a trained transporter and he gives God the glory that he has started attaining a peak in his career as the Chairman of the NURTW in Lagos State.

His words, “I trained as a transporter and I give God the glory that I have started attaining a peak in my career as the Chairman of the NURTW in Lagos State.

“The constitution allows anyone eligible to run for a public office. My child can come out tomorrow to contest an elective post. But count me out of it, whether for House of Representatives, Senate or as a Governor. I am, however, in full support of all politicians in the state.”

All parks in Lagos have COVID-19 monitoring team and they are well aware of the state government’s regulations regarding the pandemic. We also informed our members of the sitting arrangement to maintain social distancing.

“So far, our task force has reported compliance by commercial vehicle operators in the state but the only problem is that drivers leave our parks with two passengers on each seat but they bring more commuters onboard on their way to their destinations.

“We also had a meeting with the drivers and notified them of our decision to reduce ticket fees because they now carry fewer passengers than before. We told them not to make life difficult for the public by increasing transport fares as a result of the new transport guidelines of the state government.

“We have control over inter-state transporters in the state. No inter-state passenger vehicle enters beyond Berger which is one of the borders between Lagos and Ogun States.

“I don’t know how they do it to get to that point but NURTW officials don’t allow them into the state. Our task force was at Berger at 5 am on Friday. About 25 inter-state vehicles were seized just today (Friday) and moved to our Headquarters. When we interviewed the drivers, they told us they bribed their way through Ogere. They said they offered the soldiers there N1,500.”