I’m Not Feeling Pressured Because Of Floyd Mayweather – Wanheng Menayothin 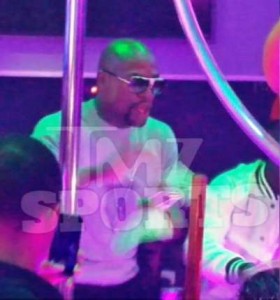 After a career laden with belts, cash and kudos, boxing great Floyd Mayweather Jr retired undefeated over 50 fights — but his flawless record faces an unlikely challenge from an obscure Thai fighter known as the “dwarf giant”.

If Wanheng triumphs on Wednesday afternoon he will equal Mayweather’s feat of winning 50 successive fights.

His WBC minimumweight belt is on the line against Panamanian challenger Leroy Estrada.

The fight, to be held outside the town hall of second-tier Thai city Nakhon Ratchasima, has none of the glitz or pay-per-view pull of a Mayweather bout in Las Vegas.

But still Wanheng will enter boxing lore with victory — and, at 32 years of age, has time to go one better and match the 51 wins, one draw and no losses set by Mexican flyweight Ricardo Lopez.

It is not just the box office power that differentiates Mayweather from the Thai, who turned to the ring at the age of 12 as a path out of poverty.

While the prelude to Mayweather fights was defined by hype and trash-talking, Wanheng has adopted a more karmic approach.

“I’m not feeling pressured, you win and you lose, and that’s the nature of sports,” he said at his gym in Bangkok a few days before defending his title.

But he said he had trained hard with the aim of “equalling Floyd”.

My Confidence Has Increased This Season – Iwobi