The bill seeking to lift the immunity clause being enjoyed by the President, Vice President, State Governors and their Deputies has suffered a setback.

The bill seeks to amend Section 308 (2) of the 1999 Constitution to allow the prosecution of the affected leaders on matters relating to economic and financial crimes even when in office.

According to The Guardian, the Senate has suspended the consideration of the bill, which was sponsored by Ovie Omo-Agege (Labour Party, Delta State).

The bill was said to have been referred to the committee on constitution review chaired by the Deputy Senate President, Ike Ekweremadu last December after it had already been gazetted and introduced to the lawmakers.

However, there have been speculations that the bill was frustrated by state governors, but the newspaper cited sources close to the committee to have described the insinuation as a “baseless rumour.”

A senator was quoted as saying: “What I know is that the National Assembly leadership is very interested in having all issues relating to constitutional amendments sorted out and concluded very early in 2017. So, I think the timing of the bill is somehow a problem because even the committee on constitution review had brought serious update on the work it is doing to the Senate before this bill was introduced by Omo-Agege.

“That is why I cannot agree with the rumour that governors are lobbying against it even though lobbying is democratic and normal. Don’t forget that even if the two chambers of the National Assembly effect such amendment, it will still have to be approved by at least 24 of the 36 state houses of assembly before it becomes valid.”

Before the Senate went on Christmas/New Year holidays, the Senate President, Bukola Saraki had said the constitution amendment would be passed early in 2017.

Omo-Agege’s bill stated that the immunity granted to the president, governors and their deputies in section 308 (1) of the constitution would no longer apply to criminal proceedings arising from allegations of financial crimes against them.

It is believed that the bill if passed, would curb the excesses of these principal officers and ensure accountability in public office. 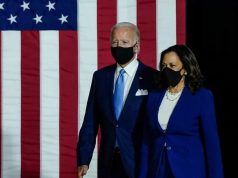 German Abducted By Gunmen In Adamawa

National e-Learning Landscape Survey Shows Use of Online Learning is a...