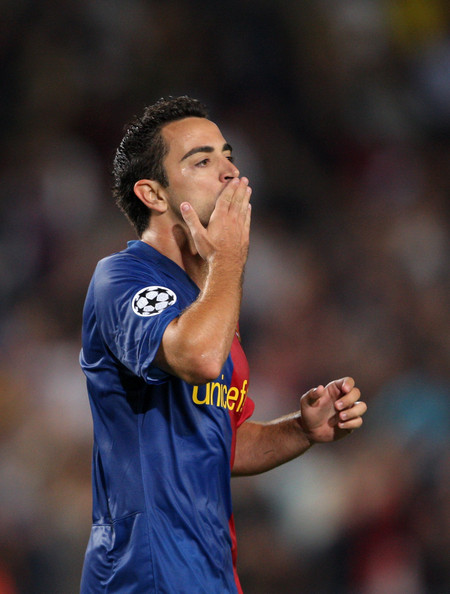 Ex Inter Milan striker, Samuel Eto’o has come out to tell Xavi to return to Barcelona while Lionel Messi is still playing.

Eto’o believes the Spaniard should not miss out on the opportunity to play with the God of Football while he is still active in the sport.

According to him, he has already informed Xavi that returning to Barca is a must and his relatioship with Lionel will make it easier for them to work together.

He added that he also loves Suarez as a striker and he is currently making an incredible story with Barcelona.

His words, “I’ve told Xavi that whatever happens, he has to go back to Barca – and I told him that he has to do it while the God of Football is still there,”

“He played with him, and that will make it easier for him than for another.”

On the team, “I love Suarez. He’s making an incredible story with Barcelona,”

“We’re both lucky to have played for such a club.

“Luis is always Luis, he is one of the best players in the world in his position. It is obvious that Barca have to reinforce themselves, but it is not necessary to take away the stripes of a general. Luis is a general, he is a captain, and he cannot be demoted.

“Lautaro is doing very well, but people have a tendency to forget recent history. Luis has written the history of Barca and of football. We must admit it. That does not mean that new players should be excluded, but you can’t forget the greats.”

See This Annie Idibia’s Epic Throwback Photo Of Herself And Family...

FG Will Not Pay Ransom For Abducted Girls, Jonathan To Decide...

Ndidi Will Help Me Settle At Leicester City – Timothy Castagne