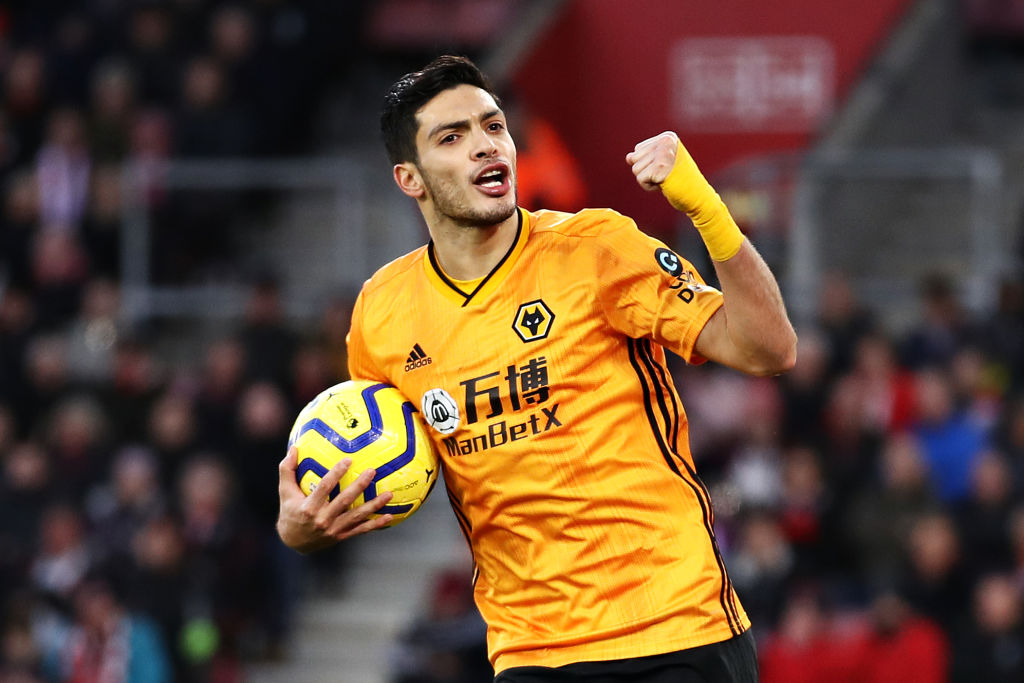 Manchester City midfielder, Ilkay Gundogan has come out to say that he believes Wolves striker, Raul Jimenez has what it takes to play for the reigning EPL champions.

Gundogan feels the Portuguese could be a fit for the club if Pep Guardiola storms the market to sign another striker in the summer with Aguero getting older.

According to him, Jimenez has everything a world-class striker needs because he is physical, mobile, very talented technically on the ball, and proven in the EPL.

He added that his style and potential even reminds him of Lewandowski since he played with the Polish forward at BvB for many years.

His words, “I think he has everything a world-class striker needs,”

“For a striker he is so mobile, but also physically so good and talented technically on the ball. I can imagine him playing with us.”

“Maybe [he’s] not on that level yet, but he reminds me a little bit of [Robert] Lewandowski because I’ve played with him. In terms of style I think there is still a lot of potential,”

“Sometimes it’s so difficult to predict,”

“A player can have all the quality and everything it takes to play for a big-six team or to play for the best teams in the world but then sometimes it happens and it doesn’t work out.

“It’s not because of the player or the club, sometimes it’s just the environment, it’s the wrong timing. It’s so difficult to predict but I think [Jimenez] would get a chance in every single top-six team and there’s a good possibility he could do well.”

Atiku Speaks Glowingly Of Jega As He Bows Out Of Office