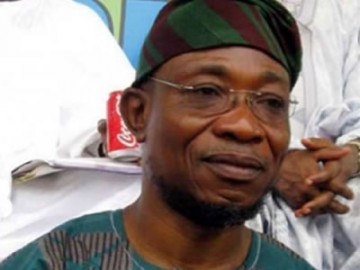 Governor of Osun, Ogbeni Rauf Aregbesola, on Sunday said Friday’s bombing in Kano is an indication that Nigeria is in grave danger, as attacks from Islamist sect Boko Haram intensify.

Scores have been killed and 270 others wounded when two suicide bombers blew themselves up and gunmen opened fire during Friday prayers at the mosque, a week after the emir of Kano, Muhammad Sanusi II, of one of Nigeria’s top Islamic leaders called on northerners to defend themselves against Boko Haram Islamists that have been carrying out deadly attacks and seizure of territory in the northeast.

“The Friday bombing of Emir’s palace’s Mosque has proved ultimately and beyond any doubt that this country faces daunting challenges posed by the Boko Haram insurgents,” Aregbesola said in a statement by the Director, Bureau of Communication at the weekly prayer session of Nasrullahi -il Fathi Society of Nigeria (NASFAT), Osogbo Branch.

“Condemnable as the act is, yet it baffles one that a lot of us still deceive ourselves by reading religious colouration to this whole violence,” he said.

Aregbesola noted that there is no way a true Muslim will blow up a mosque.

“I do not believe that a Muslim, who is a true Muslim, can do this to a Christian let alone a fellow Muslim hiding under the guise of promoting his religion.

“It is painful to hear that the places of worship are no longer safe places for our people,” he lamented.

“It indeed saddens the heart that people would go to prayer on a Friday or Sunday and there and then in the Sanctuary of God meet his death in the most grievous manner,” Aregbesola said.

He therefore called on the people of the country to pray fervently to rescue the country from the clutches of Boko Haram.

He also advised them to be vigilant, as he identified market places, motor parks and other places of social gathering as prime targets for heinous crimes by the insurgents. He also said that any suspicious movements should be reported to the security agencies.

My Fight With Neymar Is Part Of Football – Cavani