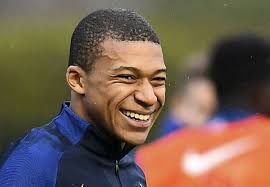 Monaco beat Dortmund 3-2 with a double from Kylian Mbappe in their rearranged Champions League quarterfinal, to take the advantage into the second leg next week.

Due to scheduling concerns, the teams were forced to replay the game within 24 hours despite the fact that two people (including Dortmund defender Marc Bartra) were injured by three explosions that rocked the German side’s bus on Tuesday night.

With Barta hospitalised with a hand injury, Dortmund rallied although coach Thomas Tuchel insisted in prematch quotes: “We wished we’d had more time to deal with what happened but someone in Switzerland decided we have to play. Not very fair.”

With the game underway, Dortmund striker Pierre-Emerick Aubameyang had the first real chance when he was slid through wide on the right, but blazed his effort well over the bar just inside 10 minutes.

Shortly after, Monaco midfielder Thomas Lemar ghosted into the box to get on the end of a cross, but could not control his header which also went over the bar.

Then the French side had an even better chance to go ahead. Mbappe got the wrong side of Sokratis who hauled him down inside the box and received a booking. But Fabinho shot his spot kick wide.

Within 20 minutes, however, Monaco had their lead. Bernardo Silva broke, fed Lemar down the left and his cross was bundled over the line by Mbappe off his thigh. Though the 18-year-old’s 20th goal of the season had a hint of offside.

Dortmund began to work their way back into the game, but Monaco struck a second on 34 minutes as Sven Bender headed Andrea Raggi’s cross into his own net under pressure from Falcao.

READ  I Like Mbappe's Attitude, But He Can Improve - Pochettino

Dortmund could not hit back before half-time and made some changes at the break. Bender and Marcel Schmelzer came off for U.S. teenage sensation Christian Pulisic and Nuri Sahin.

Immediately, the home side looked more alive and forced Fabinho into a good block before Pulisic broke away and his low cross was well cleared from inside the six-yard box.

And the substitutions paid off as Ousmane Dembele got one back from close range in a move started by Pulisic and Sahin. The duo passed well before finding Raphael Guerreiro on the left flank, his cross was backheeled by Aubameyang into the path of Shinji Kagawa who tapped it past the goalkeeper for Dembele to finish.

Dortmund looked rejuvenated and great work from Guerreiro almost saw an equaliser as he worked hard to win the ball on the touchline and then hammered an effort across the box, which only lacked the finishing touch. The home side continued to press for an equaliser but, after Sokratis was lucky not to see a second yellow card for sliding in on Mbappe, they were caught on the break.

Falcao latched on to a long ball forward, took it round goalkeeper Roman Burki just outside the box and then fired his shot over the bar with the goal gaping.

A third away goal for Monaco was not long in coming, however, as a massive error from Lukasz Piszczek sent Mbappe away to finish on 79 minutes. Piszczek’s square pass was underhit and the striker beat Sokratis to it, raced away and slotted home with ease to make it 3-1.

But Dortmund were not done. A looping cross from Sahin was controlled brilliantly in the box by Kagawa, who then turned past a diving defender’s tackle to slot home coolly and get another back.

Aubameyang then missed a header just inside the six-yard box in the final minute.

Monaco go into the second leg as favourites with their three away goals, but Dortmund’s grit and determination in difficult circumstances should be lauded.