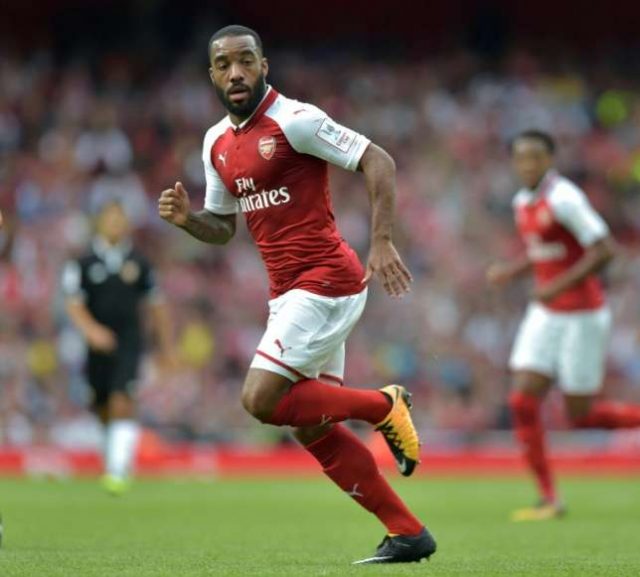 Alexandre Lacazette cannot be judged on just his strike rate, according to ex-Arsenal striker, Alan Smith.

With Aubameyang out for 3 games, Lacazette and club-record signing Nicolas Pepe have been urged to improve their performances and step up in his absence.

Speaking on this recently, Alan believes Lacazette can perform well under the current added pressure from fans and the club.

He added that the Frenchman is hardworking and he links the play very well, which is why judging him on just his goals is harsh.

His words, “Scoreless streaks get microscopically examined. There is nowhere to hide in this stats-driven age.

“Alexandre Lacazette is getting it just now after failing to find the net in five starts, plus 12 minutes as a substitute at Goodison Park. All sorts of questions are being asked about his form and confidence ahead of a three-match run when top scorer Pierre-Emerick Aubameyang will be ­suspended.

“Can the Frenchman step up in his mate’s absence? Is he in the right frame of mind to do the job?

“Admittedly, it isn’t just about the last few games. Lacazette has notched just six all season. At this rate, he’ll fall a long way short of previous totals.

“Arsenal’s No.9 isn’t just a predator. He works hard off the ball and links the play very well. He shouldn’t purely be judged by his strike rate.

“For that reason alone, I’m inclined to keep faith in a player more than capable of rediscovering his touch in front of goal.

“With young guns such as Gabriel Martinelli and Eddie Nketiah acting as back-up, I’d fancy the senior man to respond fairly promptly, which might mean Sheffield United feeling the brunt.”

2baba To Take Lucky Fans On Trip To Nairobi

I Have Spoilt Imo State Indigenes With Development – Rochas Okorocha