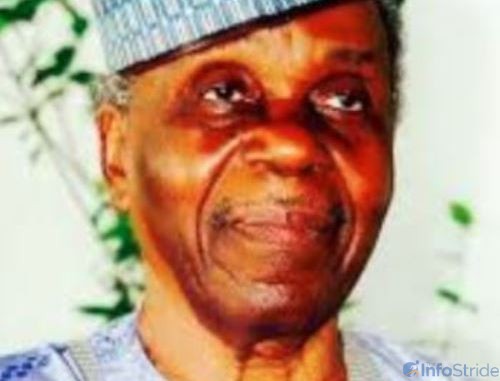 Osun State Governor, Mr. Adegboyega Oyetola has come out to mourn with Governor Abdulrahman Abdulrazaq over the demise of his father, Alhaji AbdulGaniyu Folorunsho Abdulrazaq (SAN).

He revealed this via a recent statement signed by his Chief Press Secretary, Ismail Omipidan.

According to him, the family of the deceased should take solace in the fact that the late AGF Abdulrazaq lived a fulfilled and memorable life.

He added that AGF Abdulrazaq was an accomplished lawyer, a distinguished public servant, loving father, community leader, elder statesman, and a devout Muslim.

His words, “Dear Governor Abdulrahman Abdulrazaq, accept my deepest condolences over the death of your father, Alhaji AbdulGaniyu Folorunsho Abdulrazaq. I also commiserate with the entire Abdulrazaq family, Ilorin Emirate and the people of Kwara State.

“AGF Abdulrazaq was an accomplished lawyer, a distinguished public servant, loving father, community leader, elder statesman and devout Muslim, who devoted his life to the service of God and humanity.

“While I pray to Allah to forgive his shortcomings and grant him Aljanah Firdaus, I also pray He gives Governor Abdulrazaq and the rest of the family the much-needed strength and comfort to bear the loss.”