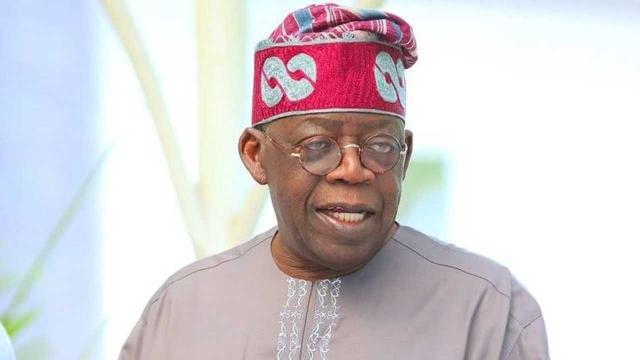 APC leader, Sen. Bola Tinubu is currently mourning with the family of his Chief Security Officer, Lateef Raheem, who died in Lagos recently.

In a recent condolence message to the family members of the dead, he disclosed that Lateef was a good and decent man while he was alive.

According to him, his death was unexpected but it, unfortunately, happened due to complications from diabetes and high blood pressure.

He added that the deceased was a person of strong and resilient character who delivered loyal and excellent service to him and never took his position for granted.

His words, “Raheem was a person of strong and resilient character, who never sought special treatment or favours notwithstanding the years of loyal and excellent service to me and a person who never took his work or valued position as my aide for granted.

“I felt nothing but profound shock and deep loss when I was awakened early on Friday that my most trusted security aide had died.

“I met Raheem in early 1999 when he was attached to me by the police during the campaign for the governorship election in Lagos and he stood faithfully beside me during the rigours of the primaries and campaign.

“When he joined me, Lateef was a Corporal with school certificate, but because of his thirst for knowledge and personal improvement, he subsequently acquired a university degree.”

“My deepest condolences are with his wives and children. With his passing, they have lost a caring husband and father.

“May Almighty Allah comfort them, indeed, comfort all of us at this moment and grant the soul of Raheem eternal rest and admit him into Aljanna Firdausi.”