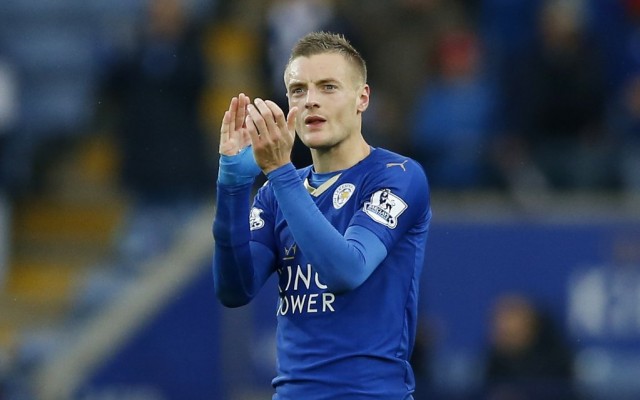 Leicester City star, Jamie Vardy is not ruling out the possibility of returning to the England squad for Euro 2020 after recent injuries suffered by Harry Kane and Marcus Rashford.

Vardy revealed that he has an agreement with Southgate for the door to remain open for a potential come back so only can time can tell if he would feature at Euro 2020.

According to him, however, having more days off during the international break has been very relaxing for him and it has benefited his body tremendously.

He added that Leicester must rediscover the consistency they showed in the first half of the season to remain in the top four.

His words, “Who knows? Gareth and I were both agreed that the door would still be open for whatever reason and then we would sit down and have a talk about it [if needed],”

“We’ve not had the chat or anything yet and nothing has been spoken about. The lads (Kane and Rashford) are out injured, but they’re looking to be back in time. So only time will tell.

“I’m not going to lie, I’ve had a few extra days off in the international breaks so I’ve been able to switch off completely from football and it is always beneficial sometimes.

“Knowing that when you get back it’s constant again, it’s 100 per cent football every day so it’s one of those things that has benefited me.”

On Leicester, “It’s been a great start but you don’t want to be that team that has a great start and all of a sudden you’re not up there,” said Vardy. “We’ve got to keep working hard to try and pick up as many points as we can in these last 10 games.

READ  Ndidi Might Be Out For 3 Months - Brendan Rodgers

“If anything, the inconsistency shows you that things are changing. Look at the squad we’ve got, we’re more than capable of beating anyone on the day and other teams up there like Sheffield United have been playing really well. They deserve to be up there. It’s the consistency that they’re putting in week in, week out.

“That’s where we’ve got to get back to, that consistency that we had in the first half of the season and hopefully that will keep us up there.”

Ignore Merchants of Evil on Futility of Falsehood against Adebutu